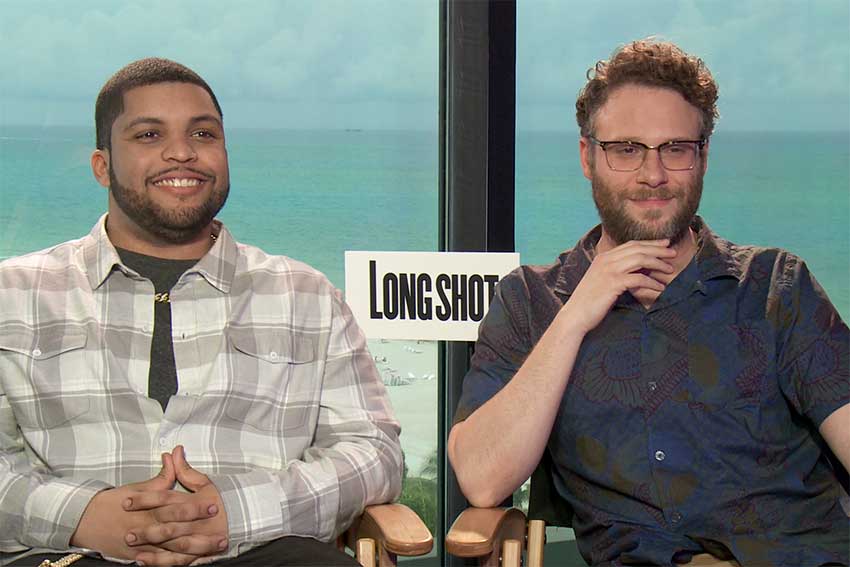 Seth Rogen and O'Shea Jackson Jr. made a stop in Miami to talk about their new comedy, LONG SHOT and starring alongside Charlize Theron. Watch what they had to say to our Valentina Patruno including their tip to getting the girl.

LONG SHOT is now playing in movie theaters. The comedy stars Rogen as a free-spirited journalist hired to write speeches for Theron’s character who’s about to launch a political campaign for presidency. The carefree writer gets her into all sorts of trouble and an unlikely romance.

Fred Flarsky is a gifted and free-spirited journalist who has a knack for getting into trouble. Charlotte Field is one of the most influential women in the world -- a smart, sophisticated and accomplished politician. When Fred unexpectedly runs into Charlotte, he soon realizes that she was his former baby sitter and childhood crush. When Charlotte decides to make a run for the presidency, she impulsively hires Fred as her sp