Interview with 'Cucuy: The Boogeyman' Director Peter Sullivan About The Latino Folklore

Parents have been scaring their children with threats of the boogeyman taking misbehaving children for decades, and the same goes in Latin American countries where he's called "El Cucey." SyFy's "Cucuy: The Boogeyman" goes a lot more sinister.

Staring Marisol Nichols ("Riverdale") and Jearnest Corchado ("The Blacklist"), "Cucuy: The Boogeyman" tells the story of a town hit by a series of unexplainable child abductions in Glimmer Peak. Sofia (Corchado), a rebellious teen under house arrest, starts spying on her neighbors to uncover the truth behind the child disappearances. Suddenly Sofia and her mother (Marisol Nichols) start to suspect that a legendary evil, a boogeyman known as the Cucuy, might be responsible. 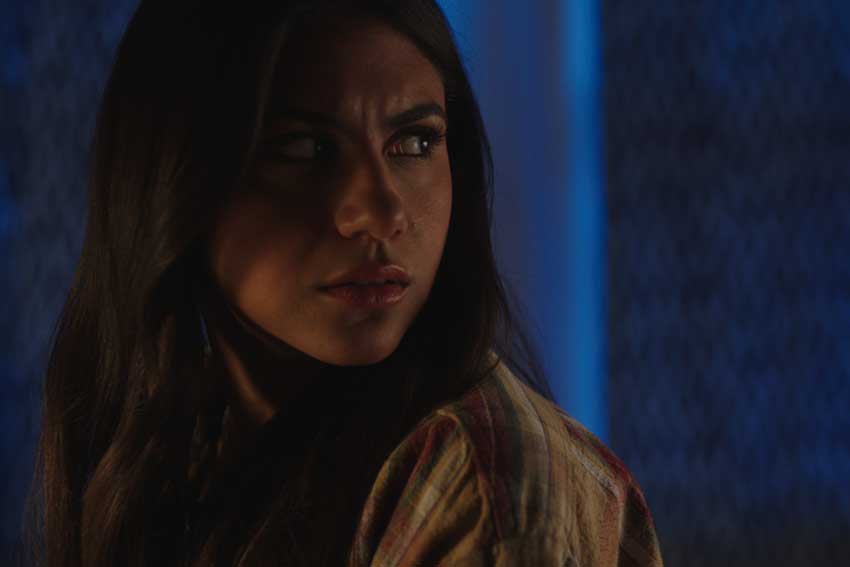 Directed by Peter Sullivan, who helmed last year's Stan Lee's "The Sandman," he tells CineMovie the movie is a dark fantasy and horror flick which is suitable for the whole family which is why SyFy is airing the movie at an earlier time slot (7pm).

Sullivan has experience with Latino legends. He wrote the screenplay for the 2013 film, "Chupacabra vs The Alamo." For his next flick, he looked worldwide to find a story that resonated with him, and once again he looked to Latin America. The idea of losing a child is the real horror behind this story, says Sullivan.

"I was looking all around the world, different cultures, different legends to find one that I thought was strong enough to support a narrative. And when I found the Cucuy, the Boogieman that preys upon misbehaving children. For me, I can't imagine a horror worse than losing a child. It hit me on a level more than just here's a scary man with a knife or something like that."

One look at El Cucuy in Sullivan's "Cucuy: The Boogeyman," and the child-eating monster will certainly scare children into submission. Sullivan focused on two areas when bringing the monster to life on screen, and honoring its origins.

"There are things that we knew we needed to have. The glowing red eyes and the mouth was a big factor because ultimately El Cucuy takes you back to the cave to eat you. So we knew the mouth had to be important and once we had those two elements... because of the Latin American origins of the story, I wanted to evoke some of those designs. Eespecially if you look at the top of his head, there's carvings that were very much influenced by Latin American art." 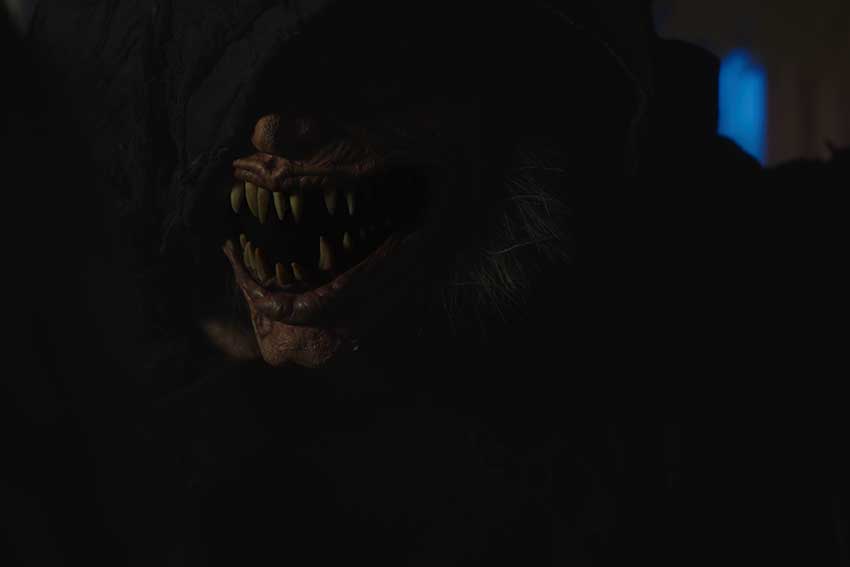 A man in the Cucuy outfit went around set scaring the characters, but Sullivan admits they used a small amount of CGI to exaggerate the most scariest part of the monster.

"We really wanted to emphasize the mouth, so the mask had an oversized mouth, but the bite radius and the jaw was still kind of limited by Nick who's in the suit. So what we did in post was we took his mouth movements and then exaggerated them even further with the CG. So we didn't actually create a digital face. We just manipulated it so if he could open his mouth from A to C, we took it to F."

Aside from the horror elements, Sullivan wanted to ground the film in reality. Rather than having the monster come after a group of friends, his plot revolves around a family dealing with the loss of their father when tragedy strikes again.

"That relationship is the heart and soul of the whole movie," says the director.

For Sullivan that made the story a little more personal particulary one of the characters who gets bullied for being hearing-impaired.

"Amelia is hearing impaired and I'm hearing impaired. I was based on me. All of the films that I've done over the years, I've never done a hearing impaired character until now. So I wanted because I knew how it felt basically growing up and being teased and experiencing a lot of what she experiences. And I wanted to take that same theme and apply it to several of the characters that all sort of feel like outsiders in their own way."

Peter Sullivan's triumphs as director should be inspiring, and he hopes other aspire to go full steam ahead regardless of a disability.

"You can do something. Don’t let something get in the way if you want to do it and you'd want to devote yourself to it. Work hard and you should be able to achieve it."