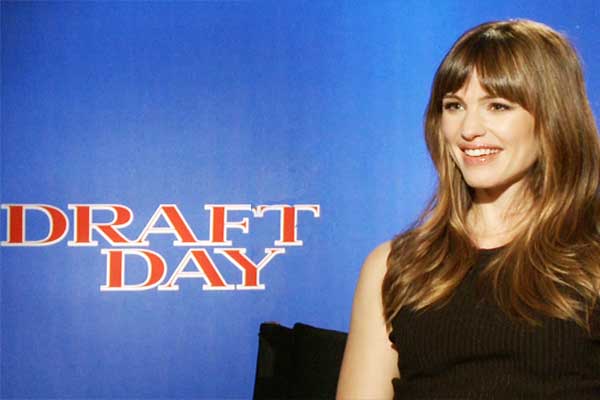 Jennifer Garner isn't just acting the part of an NFL executive in DRAFT DAY with Kevin Costner. She reveals she was a water girl and played in the marching band in high school so she knows football.

In DRAFT DAY, Kevin Costner's character asks Jennifer Garner's Ali, "Can we talk football?". She replies, "we can always talk football." And that would be the case in real-life for Jennifer Garner. While viewers don't have to be familiar with the game of football to enjoy DRAFT DAY, Jennifer Garner had to be convincing as an NFL employee 's case, but she was ahead of the game when it comes to football. During a press event promoting DRAFT DAY, the West Virginia native says she grew up in a town similar to the Texas town portrayed in Friday Night Lights where it's all about football every Friday night. During high school, she was in the marching band and then caused a scandal when she left the group to become the football team's water girl. She traveled with them the whole season so she considers herself a "legitimate fan." She admits she doesn't watch football as much since marrying Ben Affleck and caring for three kids, but when the game is on, it's all about Tom Brady. The Garner-Affleck house tends to be more of a baseball team rooting for Ben Affleck's home town team, the Red Sox. 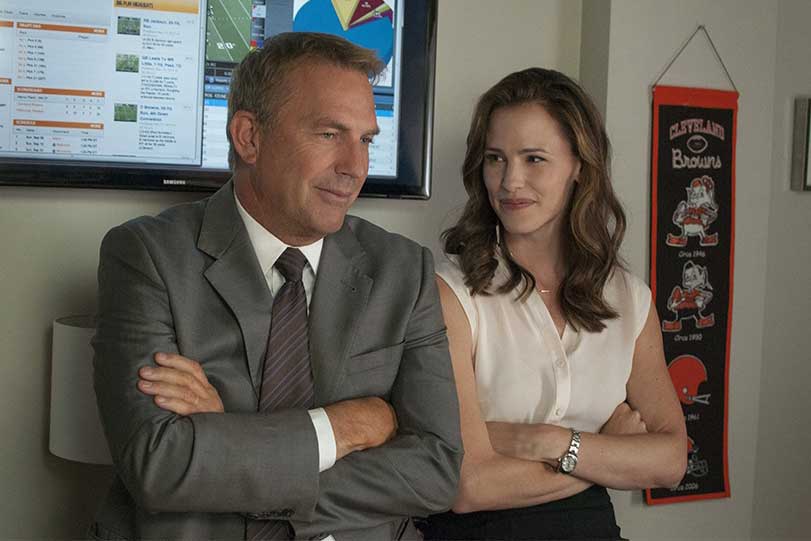 Not only was it a "pinch me" type moment she says when she was cast opposite Kevin Costner, an icon of sports movie, but it was his first football movie. While she didn't have to research the game of football, she did study up on her character, a capologist for the Cleveland Browns team. What is a capologist? In the NFL, that person specializes in the salary cap of the league. In this case, Garner's character was based on the real Cleveland Brown's executive Megan Rogers. To better understand how a woman maneuvers around a man's world, she shadowed Rogers. She's accustomed to working in a locker room-type environment with the mostly male-runned sets, but she needed to know more about how she would accurately portray the NFL executive.

"I basically stole everything from her, from what she carried in her arms, to the way she dressed, how she comported herself… Megan is the one that never shows she knows everything."

Garner portrays the character with a great balance of femininity and toughness when necessary without succumbing to the stereotype that women must behave like  a man to survive. Garner brings a classy touch to the film that's dominated by men. At this point in her career, Garner says she is comfortable speaking up if the character's action don't ring true to reality.

"I've been doing this for a long time. It took me a long time to feel empowered in that way, but at this point I'm a grown up and I don't have any problems saying, 'hold up!. Girls don't talk liked This or moms don't… or let's figure this out. You're really putting her in a weak position.' And I've found that people are really collaborative and want you to be invested as possible in your character. And I found that to be true with Ivan (Reitman) and Jason (Reitman)."

This is Garner's first time working with director Ivan Reitman (Ghostbusters), but she's worked with his son Jason Reitman twice now with Men, Women and Children being the next movie for the actress.