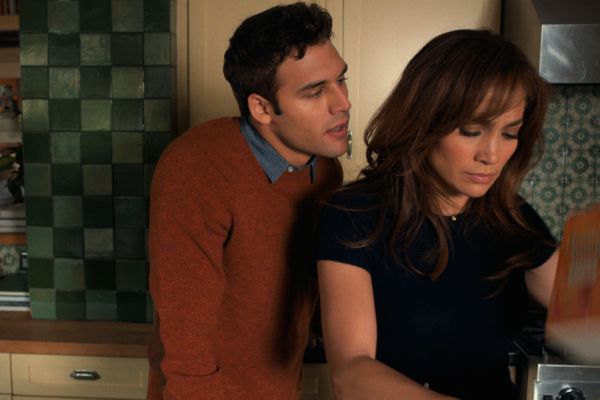 Ryan Guzman seduces Jennifer Lopez in a very sexy scene in THE BOY NEXT DOOR, but the actress reveals that scene was reshot because the first go at it wasn’t steamy enough. JLo, Ryan Guzman and director Rob Cohen give us insight into the seduction scene and some of the behind the scenes discussions on taking it further.

In THE BOY NEXT DOOR, Jennifer Lopez plays Claire Peterson a high school literature teacher struggling to get back in the dating game after separating from her cheating husband Garrett played by John Corbett. As their teenage son Kevin (Ian Nelson) becomes friends with the boy next door Noah (Ryan Guzman), Noah's attraction to Claire at first sight is more then palpable. Noah's fatal attraction will force Claire to her limits as she protects her family from being torn apart.

Jennifer admits that in her youth at a tender age of 13 she had a crush on the boy next door. Her first boyfriend, the next door neighbor, was cute or cute enough at the time. This boy next door in the movie, however, was nothing she had experienced before and the character of Claire Peterson was a perfect fit for her at the time.

"I could relate and I think a lot of people can relate what she's been through. Both men and women, being at that point in your life where your relationship kind of falls apart and you're kind of left feeling with that sense of worthlessness and you don't belong anywhere.” 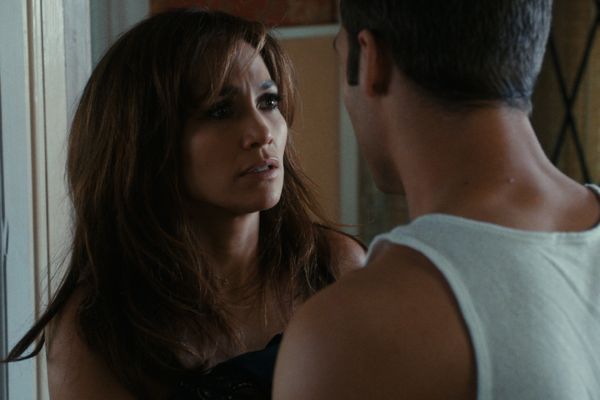 Between judging on “American Idol” and focusing on her music career, Jennifer hasn't starred in a film role since 2013 and was itching to get back. "I was lost in music land,” she tells CineMovie when the script came across her desk. They developed it quickly with the writer and it all came together quickly so she took it as a sign that it was going to be good and something she’s never played out on screen before.

"I've never done a film like that in my career but it was very liberating as an artist because it made me realize I can make whatever movie I want.”

Audiences will also be surprised to see Jennifer like we've never seen her before. Her intense love scene had to be shot twice since the first time around it wasn't steamy enough. Director Rob Cohen, (Fast and Furious) shot one version of the love scene where Jennifer came really covered up giving him almost no options.

"I cut that version and it was poetic but it was milk, it had no edges, it had no stimulation, it was just what you would expect from a Lifetime movie.”

Rob later went back and had a long talk with Jennifer away from the managers and producers about re-shooting. Rob needed that scene to be a love scene where his worship of her is what swept her away.

"The first time there were three lawyers on the set making sure I didn't show too much. So I gave her the final cut and asked her to do the shots I want and lets get into it and really bring it home. Then she can come into the editing room, just her, and if she said I want that shot out then it goes. I won't argue, I won't politic, I wont betray you. Whatever you're comfortable with, the end result will do but give me the shots. So they both went for it.” 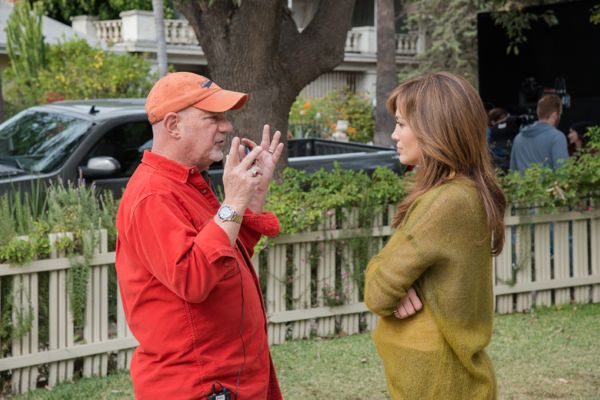 According to Jennifer, she didn't use a body double and states that it's their job to make everything look natural.

"But those scenes are always uncomfortable, you have to be very vulnerable and it's not something you ever get used to as an actress but it's hard to bare your soul emotionally sometimes.”

Her co-star Ryan Guzman had the greatest time joking around with Jennifer and getting to know her as a person.

"The stigma around her that she might be a diva is not true, she's Jennifer not J. Lo and I can respect that now.”

But when it came to their intense love scene he can’t help but admit that it's anything but awkward.

"Luckily I met Jennifer a couple of times before hand and we worked for a week before filming that scene but it was always in the back of my mind because I was so nervous and then I finally had to come to her and tell her that I was really nervous about this because this is my first time naked in front of a bunch of people I don't really know. I have to wear this little sock on my, you know and it's pretty emasculating. But she pulled me off to the side and told me it's part of the film industry and we're just telling a story. It had to be so much passion and intensity that the audience felt it. We wanted to make it memorable and we did that I think.” 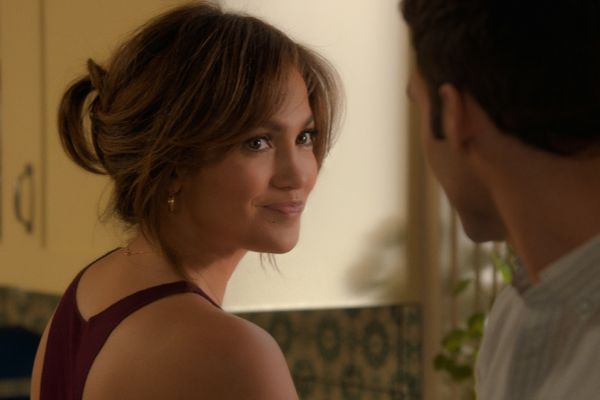 Although she knew she was making a popcorn thriller she actually prefers romantic comedies, calling herself a "hopeless romantic." She calls the rom-coms "just fun" and likes to see how "silly" they can get.

As her character deals with an obsessed lover, luckly she's never been a victim.

"I've had people that were obsessed with me but not obsessed in a dangerous scary way. Thank God I've never had to deal with anything like that!"

THE BOX NEXT DOOR is in theaters January 23rd