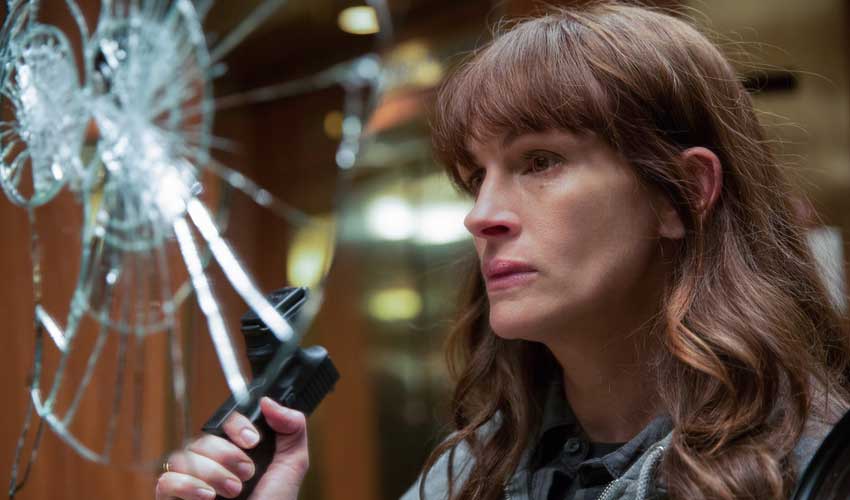 Julia Roberts is DA investigator Jess Cobb in SECRET IN THEIR EYES, but the role required two looks far removed from the usually beautiful actress; a tomboyish professional and loving mother, and 13 years later after the loss of her daughter takes a toll on her mind and body. To achieve both looks, Roberts revealed at a recent interview that she collaborated with her husband of over 12 years and SECRET IN THEIR EYES cinematographer Danny Moder, who she credits with coming up with the final look.

Loosely based on the 2010 Academy Award winning Argentinian film (Best Foreign Language Film), El Secreto de Sus Ojos, the role of Jess in the Hollywood version was originally written for a male actor. Director Billy Ray offered the role to Julia Roberts who at the time says she was not looking for a role but rather what to make for dinner. The part was juicy enough to tempt her to leave her three children, but Ray says Robert didn’t want the part rewritten to reflect the casting. Roberts, on the other hand, told CineMovie she did shift the role a bit.

“Some things needed to be shifted fundamentally for the sake of the movie - in order to invest yourself with what Jess is going through.” 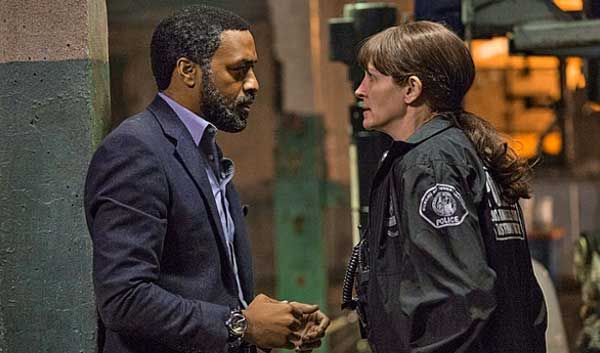 When we first meet Jess in SECRET IN THEIR EYES, her look is very tomboyish in suits, little make-up and a mousy, brunette hairdo. She’s just one of the boys in the DA’s task force. She is a striking contrast to Claire, the very feminine District Attorney played by Nicole Kidman. Julia Roberts says she contemplated Jess’ two looks in SECRET IN THEIR EYES prior to shooting.

She bounced off her “clever” ideas with the director of cinematography for the film and her husband Danny Moder (pictured below without hat), but he brought her back down to reality.  His comments were the “game changer” for her.

“You don’t want her to walk into the office and Chiwetel to think what has happened? It has stop be an obvious continuation of what he knows has happened. Not that something else has occurred in the 13 years that he’s been gone.” 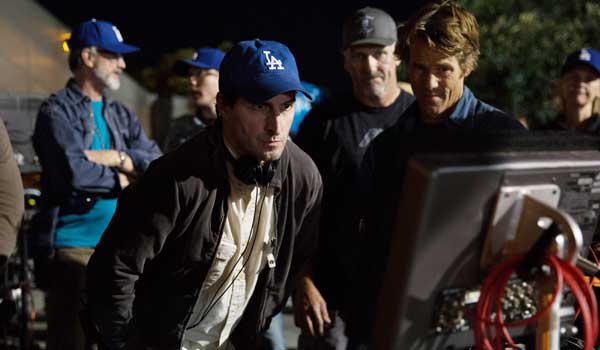 Instead of adding to her look, they went with less is more. The question was more “what to undo more than do.” They tested a few things, and what comes through the screen is a damaged person haunted by the death of her daughter and knowing the killer is running around freely.  Jess’ sunken features and dark circles is the end result of the aftermath, and the usually radiant actress is barely recognizable.

Did Julia Roberts have to put aside her vanity to play Jess?  Roberts says that thought wasn’t on her mind. Her foremost concern was her job.

“My responsibility as an actor is to portray a person… this broken shell of a person. I’ don’t know how much mascara that would require. It’s just about being truthful which is what actors are supposed to do.”

And that she does in SECRET IN THEIR EYES. The crime thriller opens November 20 with a great cast that includes Nicole Kidman, Chiwetel Ejiofor, Alfred Molina and Breaking Bad’s Dean Norris.