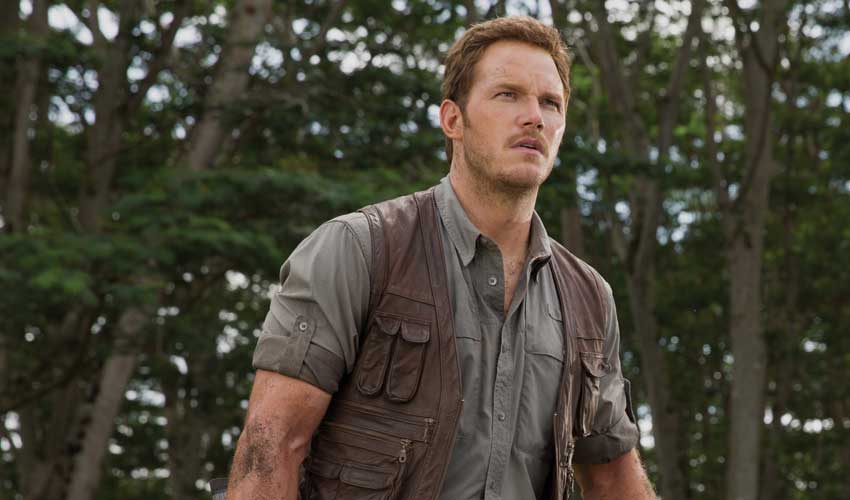 JURASSIC WORLD star Chris Pratt describes how they shot the assembling of dinosaurs in one epic battle that leaves audiences cheering during the finale. Chris Pratt, however, says watching it on the big screen was much more fun that actually shooting the special effects-heavy sequence. Listen to the interview.

When CineMovie asked Chris Pratt about the epic battle between various dinosaurs or the "monster party" as we like to call it in JURASSIC WORLD, Pratt thought the question was in reference to the previous Parks & Recreation discussion beforehand. Eventually we got on the same page after a few stumbles, and Pratt explains that scene called for him and his co-stars Bryce Dallas Howard, Ty Simkins, and Nick Robinson to dodge the dinosaurs fighting it out. However, he felt more like a prop than an actor during the making of the scene. Pratt tells us why in this audio clip.