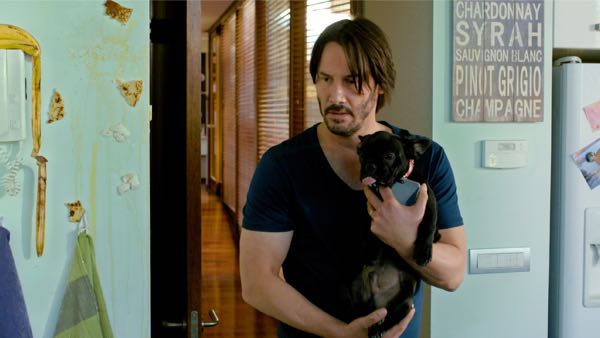 In KNOCK KNOCK, Keanu Reeves plays Evan Webber, a devoted husband and father left alone on a weekend when two party girls show up at his door step asking to use his computer for directions. He lends a helping hand only to find himself playing a game of cat and mouse after he is seduced by the gorgeous women.

During a press conference in Los Angeles for KNOCK KNOCK, Keanu admitted there was one particular scene he wasn’t happy with. The scene called for Keanu’s character to break down and beg for his life while using an analogy of a free pizza to explain that no man can resist two gorgeous women throwing themselves at any man. After shooting that scene, Keanu says he called director Eli Roth when he returned to his hotel room.

“I got back to the hotel and I was crying, and I called Eli and said ‘please can I do it again.' After a long pause on the phone, and being a great person and director that he is, he said ‘ok.’”

Eli Roth admits it was a tough shoot for everyone since the shoot took place mostly at night, and sometimes the actors “ran out of gas.”

“It was his big moment where he breaks. It was his moment.” 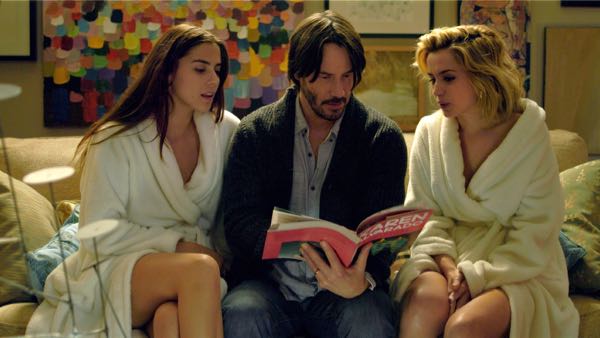 “He was going through a hard time in real-life because we were picking at him and whispering at him and touching him. By the time they said action, Keanu was already red. We drove him crazy.”

Ana’s co-star Lorenza Izzo agreed with her assessment, but she added that Keanu was the “chillest and most available actor” she’s ever worked with. “I learned from him every single day.”

When CineMovie asked Reeves what he found interesting about the script and the portrayal of the crazy women in the story, the Matrix actor said he found the women intriguing and smart in their actions.

De Armas thought the behavior was indicative somewhat of reality. “I think we all have that crazy bitch inside.”

Her co-hort in KNOCK KNOCK Lorenzo Izzo found their character’s action “liberating” and she too used a bit of her “inner crazy” with her character.

When Reeves read the script, he didn’t think the seductresses were crazy, but “smart” in how they go about it all in the story. 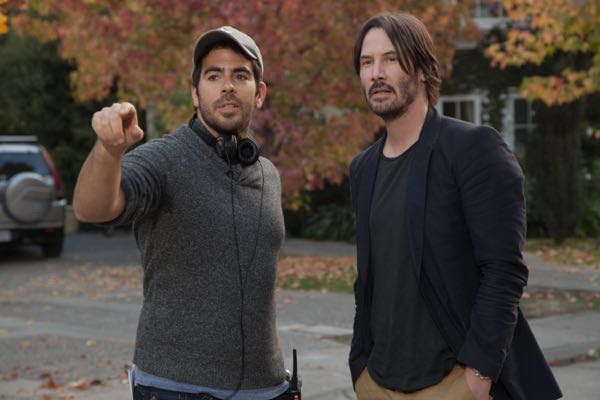 When it came down to shooting the seduction scene, did the fact that one of the leading ladies was in a relationship with the director present an awkward situation? Eli Roth is married to KNOCK KNOCK star Chilean actress Lorenza Izzo who also appears in Roth's Green Inferno.  "Yeah, it was weird." However, the initial scenes proved too tame for the cast and crew.

"Look we all want the scene to be great and if this scene would've been awkward with different scene partners. Obviously they're such great actors and close and we wanted it to look good. We all watched the scene afterward and we all agreed it needed more."