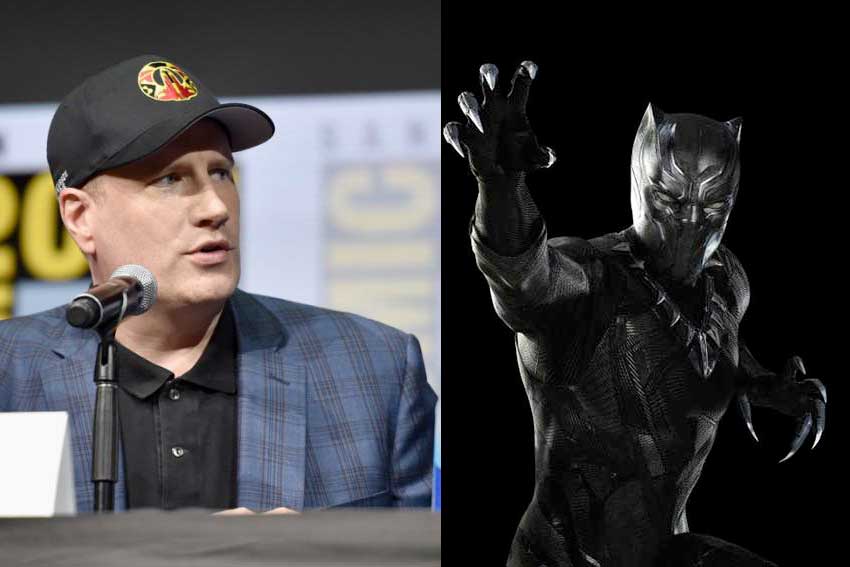 BLACK PANTHER elevates the superhero genre to a new level. The blockbuster film is much more than just a popcorn film with a largely African-American cast and a political message that may be the most radical film for Marvel or any superhero film.  Kevin Feige tells CineMovie the "Black Panther" comics was born with the DNA so why not explore it more in a modern context. Watch video below.

BLACK PANTHER's villain Erik Killmonger may actually be the real Black Panther in the context of the 60s movement. In 1966, The Black Panther Party was born as a revolutionary socialist organization in Oakland to foster social change for African Americans. The movement originated as a way to organize the community with social programs. The party was often vilified in the media and called a terrorist organization by Federal Bureau of Investigation Director J. Edgar Hoover.

BLACK PANTHER promotional spot touted the Marvel film as revolutionary and it lives up to the hype. BLACK PANTHER isn't merely a spectacle with the women warriors stealing the show, but it has a lot to say about the state of the world and those oppressed by it. The message is subdued but it carries a heavy responsibility for the characters.

Now back to Michael B. Jordan's Erik Killmonger. His motives for wanting to be the ruler of Wakanda isn't merely for power, but his sense of social obligation plays into it. Villains are often selfish in their quest for power, but Killmonger wants to right the wrong of centuries of oppression for his people. While his intentions may seem understandable, his means are not honorable. On the other end of the spectrum, T'Challa debates if the country's isolation from the rest of the world is the right path to take and whether he is worthy of carrying on the tradition.

For a mainstream movie, BLACK PANTHER has a lot of themes and messages that you don't expect from a cooperation like Marvel and their parent company, Walt Disney.  At the Los Angeles press conference for BLACK PANTHER, CineMovie asked Marvel head honcho, Kevin Feige about this departure for a Marvel movie.

“I think it’s happened with the comics. It’s happened with the movie. Ryan wrote this for the most part a year and a half ago.. two years ago. So things have happened in the world which make the film more relevant. There are other things in the film that have been relevant for centuries. But the truth of the matter is, Stan Lee and Jack Kirby and the whole Marvel bullpen created Wakanda and created T’Chala, the Black Panther, and made him a smarter, more accomplished character than any of the other white characters in the mid-1960s. So they had the guts to do that in the 1960s so the least we can do is live up to that and allow this story to be told the way it needed to be told and not shy away from things that the Marvel founders didn’t shy away in the height of the civil rights era.”

Feige's respect for the original material may be why Marvel Studios has been so successful with their MCU. It's not all about the business but the artistry behind making films. Props to "the man."