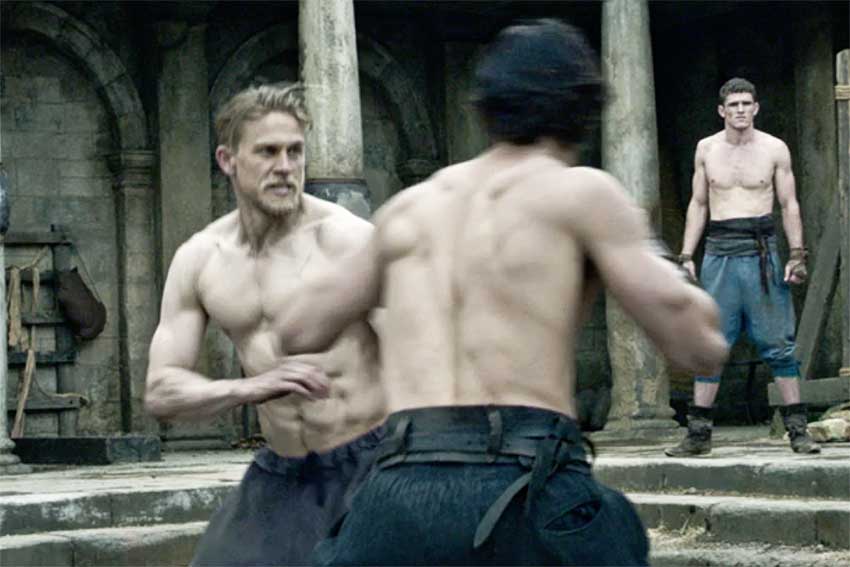 KING ARTHUR: LEGEND OF THE SWORD star Charlie Hunnam told Conan O'Brien at this year's San Diego Comic Con that he's tired of dieting and exercising to keep his manly figure. He joked during the Hall H panel that he has to give up all the things he wants to eat and exercise until "you lose the will to live." He's contemplating "retiring" his 6-pack. For our sake, we hope he doesn't. Watch!

Charlie Hunnam made an appearance at 2016's San Diego Comic Con International to reveal the new trailer for Guy Ritichie's KING ARTHUR: LEGEND OF THE SWORD. In the new trailer, a few fighting scenes reveal Hunnam's sculptured physique, and the muscular actor apparently went through hell to get that look. When Conan O'Brien asked Hunnam about his work out regiment, the "Sons of Anarchy" revealed his true feelings about building up muscles for a role.