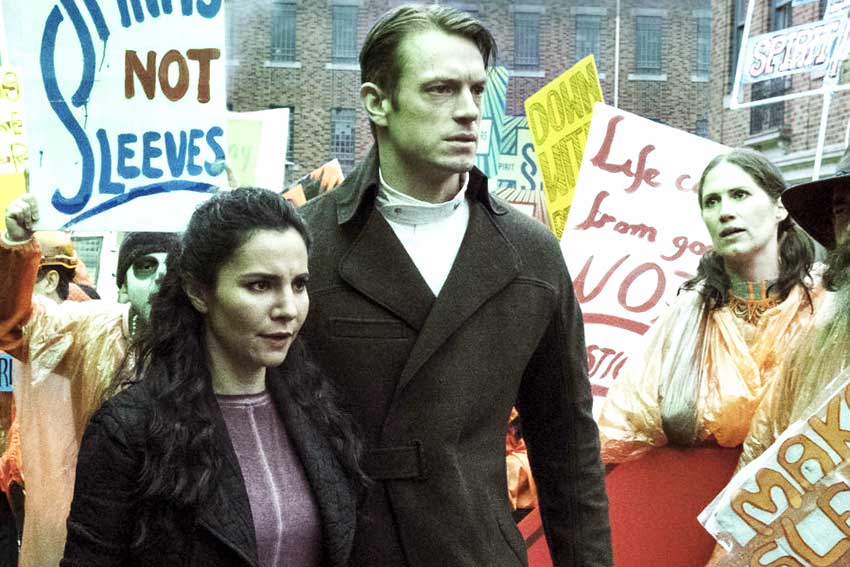 ALTERED CARBON star Martha Higareda talks about the new Netflix series and who she plays in the sci-fi series also starring Joel Kinnaman. Based on the 2002 hardboiled cyberpunk science fiction novel by Richard K. Morgan, the streaming service adapted it for the small screen. The Mexican actress gives us a behind the scenes look and reveals whether the series will continue the story in subsequent seasons.

Based on the award-winning novel, ALTERED CARBON takes place in a future where the human mind can now be digitized and downloaded into a "cortical stack" and placed into new bodies, called sleeves.

The series follows Envoy soldier Takeshi Kovacs (Joel Kinnaman), who is brought back to life centuries later to investigate the attempted murder of Laurens Bancroft (James Purefoy), the wealthiest man on Earth. As the investigation progresses, Kovacs comes to learn that his past isn’t nearly as buried as he thought.