Megan Fox on Her Stunts in Teenage Mutant Ninja Turtles: 'I’m a Badass' 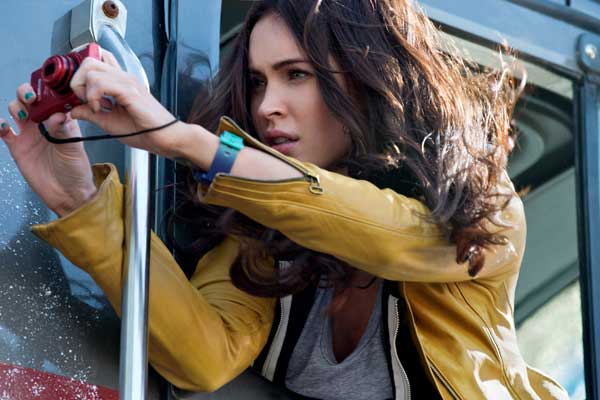 Megan Fox was pregnant when shooting the TEENAGE MUTANT NINJA TURTLES, but she says she still was able to do most of the stunts because she’s a tough chick.

Megan Fox was more than happy to join the reboot of the half-shell superheroes in the role of April since she was a big fan of Turtlemania as a child. In the new incarnation of the Teenage Ninja Mutant Turtles produced by Michael Bay, the story explains the origins of the crime-fighting Turtles and the brotherly bond between Leonardo, Raphael, Donatello, and Michelangelo. The lovable action heroes battle Shredder and his evil Foot Clan in his quest to control New York City. Fox is the fearless reporter chasing the story while Will Arnett is her wise-cracking cameraman who’s also crushing on his co-worker.

During a Los Angeles press conference while promoting the movie, Megan Fox says she went through some fight training with kick-boxing lessons, but she was pregnant at the time of shooting so she limited the action moves. The TEENAGE MUTANT NINJA TURTLES star did do her share of stunts but she left the serious stuff for the professionals who she calls the “best of the best.” She also had a "amazing" stunt double  However, she is proud of what she accomplished during production.

Megan Fox may have been pretending during the action sequences but she didn’t have to fake talking to CGI characters. For the reboot of the TEENAGE MUTANT NINJA TURTLES, actors were cast to play the four brothers in motion capture suits. Fox acted opposite them for most of the scenes. She admits yelling at the sky during her scenes with Transformers was more difficult.

“While we were doing Transformers, Shia [LaBeouf] and I were just screaming things at the sky. We had no reference at all at that point. How can you? You’re dealing with a 30-foot robot.” 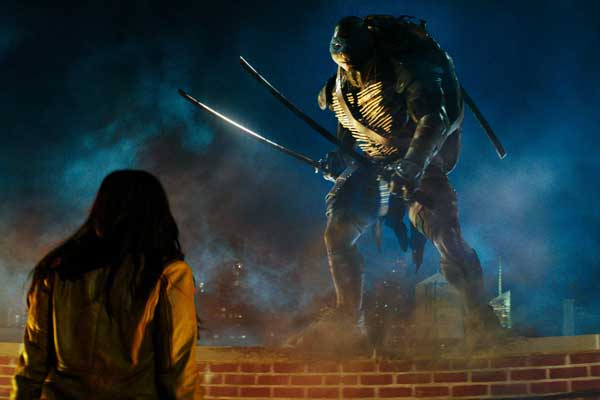 However, for CGI purposes the actors were taken out of frame for a clean shot of Fox without the turtles.  She did have to act out the scene alone for two additional takes. She admits she was “significantly worse” when the actors were not in frame. So if she had her preference, she would rather act opposite “real people” over green screen.  “That's always helpful,” she added.

Fox’s co-star Will Arnett (The LEGO Movie), on the other hand, was a first-timer to the action genre, and says there is a different language spoken on a movie like TEENAGE MUTANT NINJA TURTLES which he had to learn. He also realized he was an action movie when he saw the classic Michael Bay-inspired close-up of Megan Fox in the production monitors.

“She kind of makes you think of big, summer time, action blockbuster movies. I’m just used to being the jackass. (press laugh) That’s not funny.” 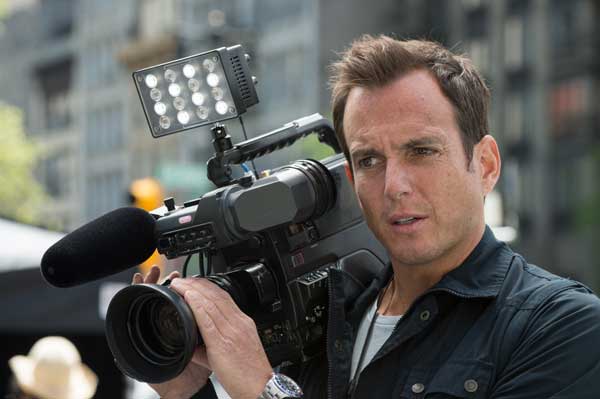