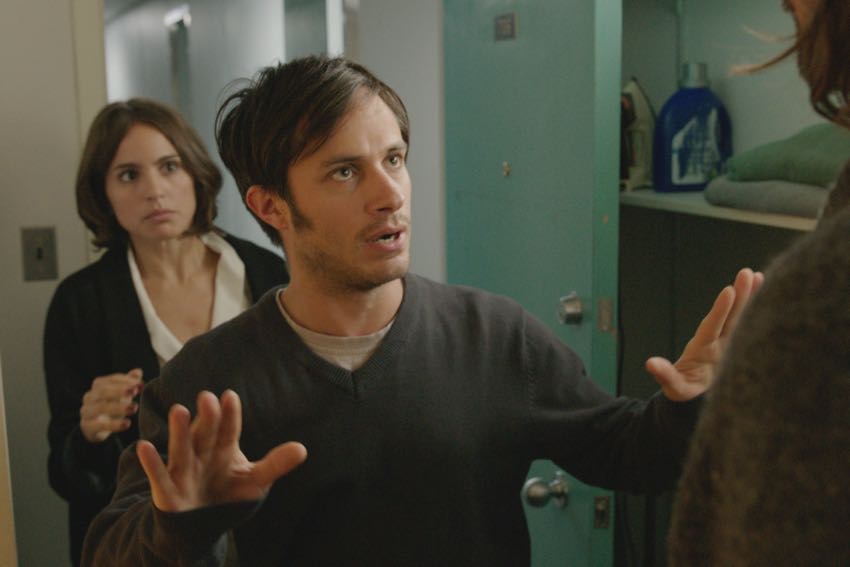 Mexican director Roberto Sneider knew at the age of 18 that he would adapt José Agustín’s novel “Cuidades Desiertas” one day, but 30 years would pass before he was able to bring the novel to life on the big screen as YOU’RE KILLING ME SUSANA  (Me Estás Matando Susana) starring Gael Garcia Bernal.

The 54-year-old Mexican filmmaker’s journey began after reading the 1982 novel at the age of 18. Sneider tells CineMovie the romantic comedy left quite an impression on him. He found it “funny and moving,” and it stayed with him throughout his film studies.

José Agustín’s novel explores the modern day relationship between Eligio, a very insecure Mexican man and his wife Susana, an intelligent woman who leaves him without notice to attend a writing workshop in Iowa.  Eligio drops everything in Mexico City to track her down, and confront her. Arriving in what appears to be the middle of nowhere during a winter storm, Eligio feels like a fish out of water and is disappointed to find that Susana has already moved on with her life. Slowly it begins to dawn on him that it’s going to take a lot more than his usual boyish charisma and sweet talk to win her back.

Like the character of Eligio, Roberto Sneider couldn’t let go of the book. After graduating from film school, Sneider approached the Mexican novelist about adapting his Spanish novel, but someone else had the rights to “Cuidades Desiertas.” 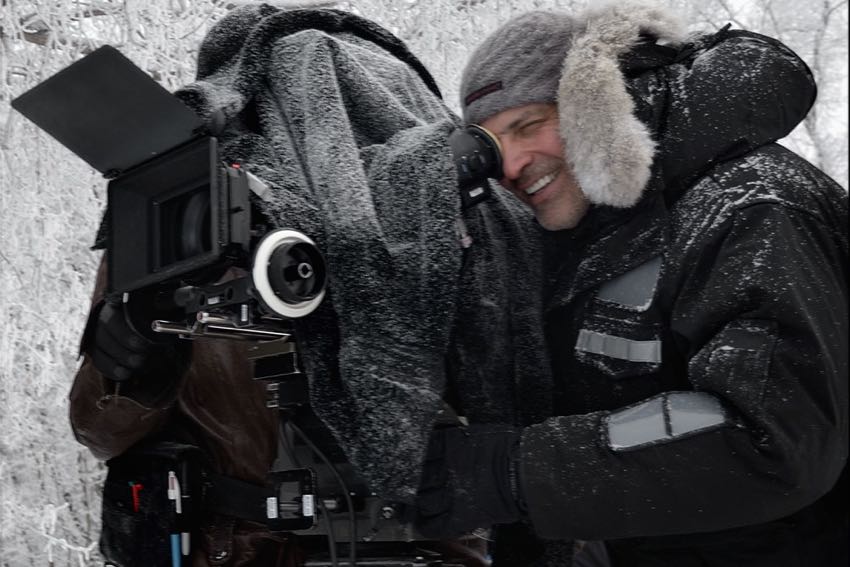 Years passed, and the film was never made so Sneider gave it another shot.

“I called him and it was fairly easy to get the rights. He liked one of my films, so he said yes.”

Once he obtained the rights, he could only think of one actor who can pull off playing a narcissistic Mexico City soap opera actor. That actor was Gael Garcia Bernal. He sent him the novel but as he suspected, Garcia had the same reservation he did.

Sneider moved forward with the script co-writing it with Luis Cámara. Another decade passed  before financing was in place along with a completed script.

By that time, Gael Garcia Bernal was in his mid-thirties and now at a ripe age to play Eligio - the hot-tempered and traditional “machista.”

“It worked out great,” says the director.  “He’s now the perfect age. Gael has said in interviews that the character is closer to him than any other character he’s played. So he could bring a lot of himself into the character and all his experience.”

Gael has the everyman quality, according to the film’s director, including matching Eligio’s passion and mischievousness.

“The character felt so familiar. Any guy can identify with him and any woman can recognize how men can be that way especially in Mexico,” says the Mexico City native. “He’s very, very Mexican. Like an urban modern Mexican guy.” 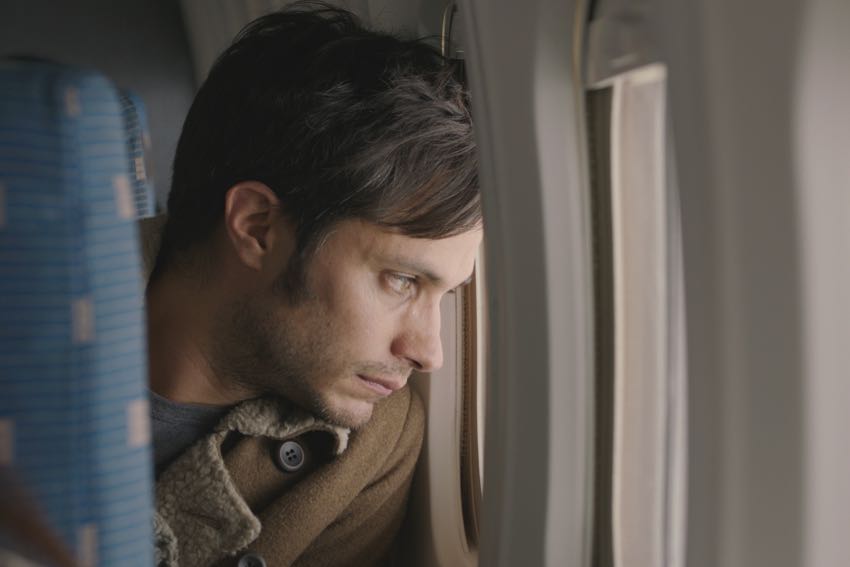 Eligio for Sneider reflects the machismo man, but not in the traditional sense.

“This is about all the insecurities of man in relating to a woman that is beautiful, smart and independent.  And I think he feels really threatened by that. It’s a lot more about insecurities than a controlling thing. He’s not a controlling macho at all.  He’s insecure about his masculinity in the face of this woman, which is why he does selfish things.”

Susana (played by Verónica Echegui) struggles with her own issues. She seems completely cold and shows a lack of affection, but Sneider believes that is a byproduct of society.

“She’s at fault with her lack of affection. She acts that way because she lives in a macho society. She doesn’t allow herself to be as expressive as she could be.  They both have to deal with societal things.” 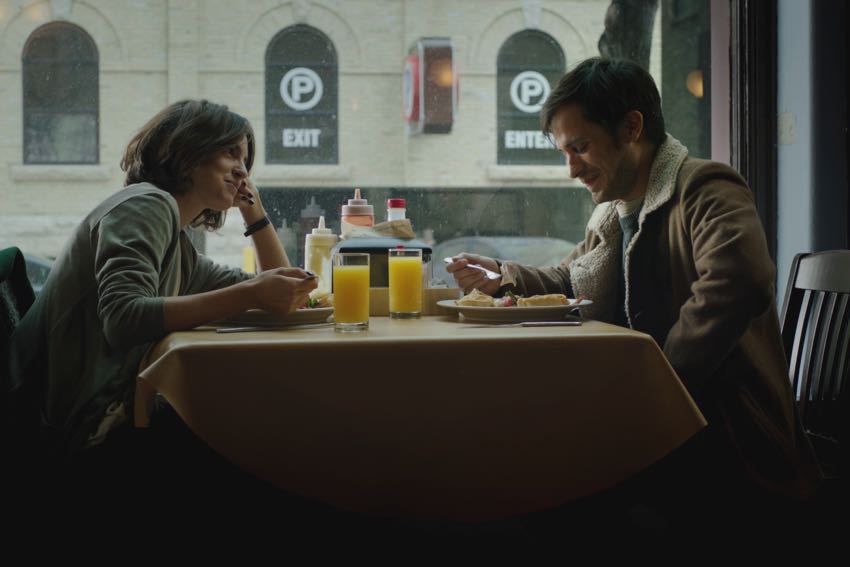 It was essential for Sneider that this modern day relationship have an equivalent sound. Music plays an important role in the novel so Sneider wanted to preserve that in the film using the rock genre.

Author José Agustín is a connoisseur of Mexican rock, says Sneider, and the title for the novel “Cuidades Desiertas” was influenced by a Cream Song, “Deserted Cities of the Heart.” Sneider wanted to bring the spirit of the novel through music.

"Jose’s narrating makes it messy and imperfect. He brings in the subjectivity of this guy who’s disoriented. The music should reflect that kind of imperfect, visceral style.”

For that job, he enlisted Texas punk band Piñata Puppet who combine Tex-Mex influences with  a punk sound.  He didn’t want a college sound, so the San Antonio band was a perfect choice to bring that raw emotion, real and imperfect sound. Their songs "Vato Perron" and "Volver, Volver" were part of the soundtrack, but he also had the bilingual band compose the title song with the film’s composer Victor Hernandez Stumpfhauser. It’s not easy to adapt music to another medium, explains Sneider, but they worked together, and he was happy with the result.

YOU’RE KILLING ME SUSANA is currently in movie theaters in Los Angeles, New York and expanding thereafter to 10 additional cities.