NON-STOP Helmer On Directing An Action Film on a Plane 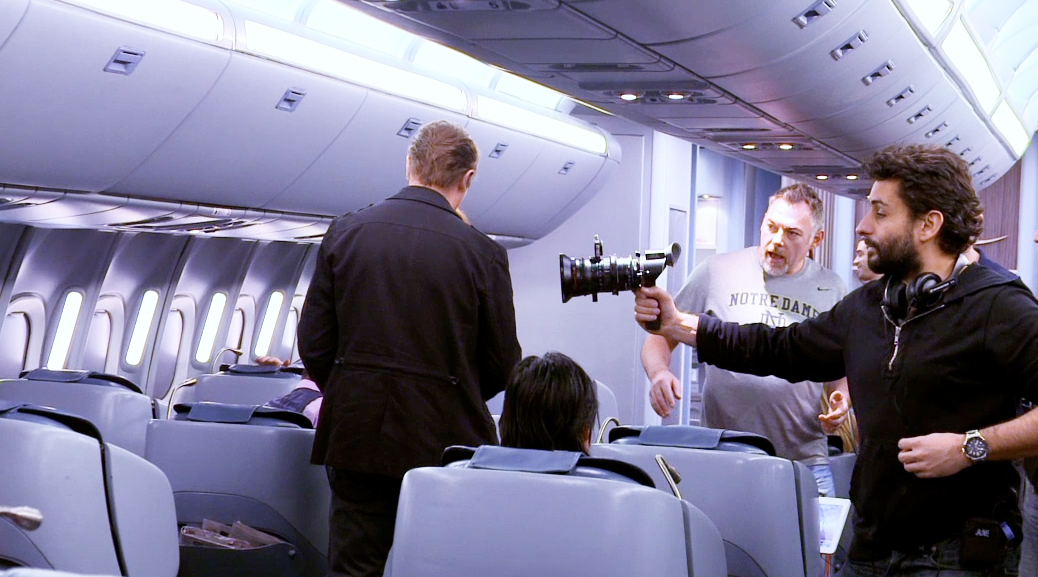 NON-STOP director Jaume Collet-Serra  directs Liam Neeson for a second time in NON-STOP, an action film that takes place entirely on a plane.  The Spanish director details the pro and cons of working in such a confined space.

Best known for directing House of Wax, Orphan and Unknown starring Liam Neeson, Jaume Collet-Serra is no stranger to action, but directing action sequences on a plane couldn't be easy. In NON-STOP, Liam Neeson is an air marshal targeted by a terrorist and threatening to kill a passenger every 20 minutes if the airline company doesn't transfer $150 million into an off-shore account. Neeson, of course, jumps into action aboard the plane to stop the massacre.   The NON-STOP director is telling CineMovie's Edie Nugent why the close setting created an intimate work space for actors, but a nightmare for the crew who maneuvered around the aisles with film equipment.

The Spanish-born director is also talking about why he created his own production company to help aspiring Spanish filmmakers break into Hollywood like he did when he gambled on making the trip to Tinseltown.