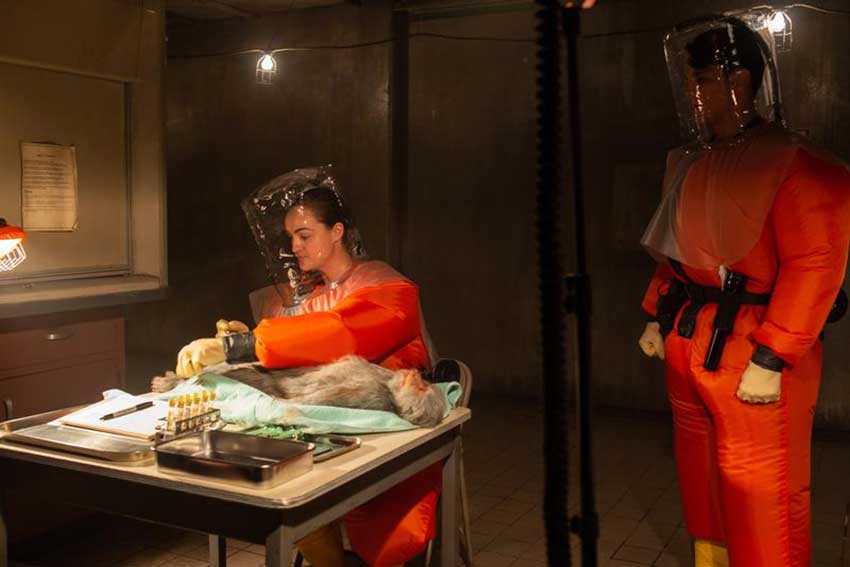 Richard Preston's best-selling novel, THE HOT ZONE has been made into a 6-part tv series for Nat Geo. The story is based on the experience of Lt. Col. Nancy Jaxx (played by Julianna Marguiles) and her husband Lt. Col. Jerry Jaax (played by Noah Emmerich) and their discovery of the Ebola virus in Washington D.C. in 1989. CineMovie was at the premiere and talked to the real subjects of the story and the author who describe the dangers of being a scientist for the CDC, and their thoughts on the current outbreak of measles in the United States.

"The Hot Zone" premieres Monday, May 27

THE HOT ZONE, starring Julianna Margulies as Dr. Nancy Jaax, is based on the  international best-seller by Richard Preston. It is inspired by a true story about the origins of Ebola, a highly infectious and deadly virus from the central African rainforest and its arrival on US soil in 1989. When this killer suddenly appeared in monkeys in a scientific research lab in the suburbs of Washington, D.C., there was no known cure. A heroic U.S. Army scientist (Dr. Nancy Jaax) working with a secret military specialized team put her life on the line to head off the outbreak before it spread to the human population. THE HOT ZONE is a dramatic, high-stakes scientific thriller with a courageous, brilliant and determined heroine at its center. The limited series is produced by Fox 21 Television Studios, Lynda Obst Productions, Scott Free Productions, Kelly Soulders, Brian Peterson and Jeff Vintar.