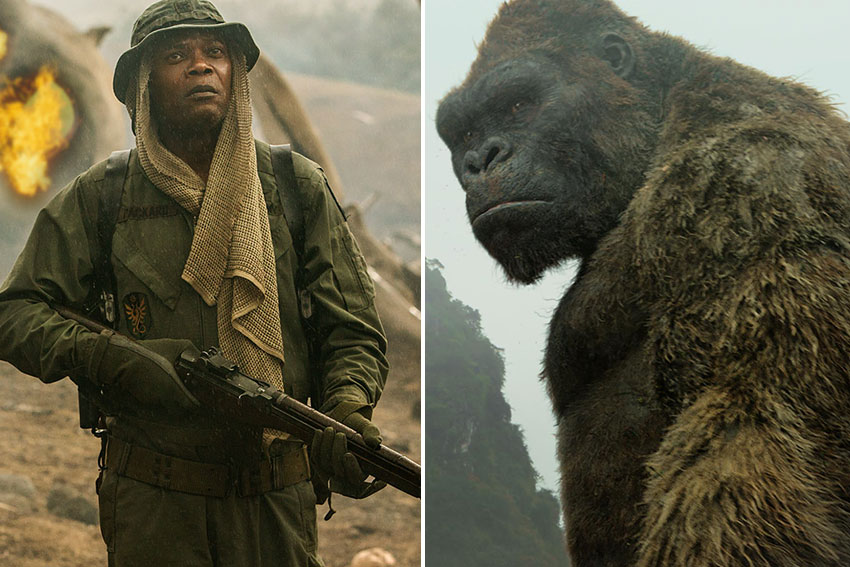 Kong's got nothing on Samuel L. Jackson. Samuel L. Jackson may be scarier than Kong himself in KONG: SKULL ISLAND. The KONG: SKULL ISLAND star and King Kong face off in the most intense way in a few scenes. If Jackson's looks could kill, Kong would toast. Jackson reveals to CineMovie how he shot those scenes given the monster is CGI, and why he worries how the audience perceives his performance. Listen to interview below.

Samuel L. Jackson plays Lt. Colonel Preston Packard, a tough but loyal leader whose platoon just finsihed fighting the war in the Vietnam. He's unhappy the American government didn't finish what they started in Vietnam, but once he's deployed to Skull Island, the mission is his priority until Kong kills his men. Then he's a man on a mission to destroy the monster.

At a recent roundtable with the hardest working man in Hollywood, CineMovie asked what Jackson was looking at for the intense scenes between Kong and his character, and his response had the press rolling in laughter, but he was being serious. Listen to the interview below.