Odessa Young (ASSASINATION NATION, A MILLION LITTLE PIECES) stars as Logan Lerman's wife in the new Hulu movie, SHIRLEY. The Australian actress talks to CineMovie about her intimate scenes with Lerman and how his sweet nature helped her get through her first nude scenes. SHIRLEY, now streaming on Hulu, stars Elisabeth Moss as renowned horror writer Shirley Jackson.

'Shirley' Movie Review: Elisabeth Moss Is Shoe In For An Oscar Nomination

Neon' SHIRLEY is now available on Hulu, VOD, Virtual Cinemas and participating Drive-Ins. Directed by Josephine Decker and written by Sara Gubbins, SHIRLEY is less of a biopic and more of an examination inside the mind of the writer behind the short story "The Lottery" and "The Haunting of Hill House" novel. It's based on Susan Scarf Merrell novel, "Shirley: A Novel."

Shirley Jackson (Moss) is on the precipice of writing her masterpiece when the arrival of newlyweds (Lerman, Young) upends her meticulous routine and heightens tensions in her already tempestuous relationship with her philandering husband (Michael Stuhlbarg). The middle-aged couple, prone to ruthless barbs and copious afternoon cocktails, begins to toy mercilessly with the naïve young couple at their door. 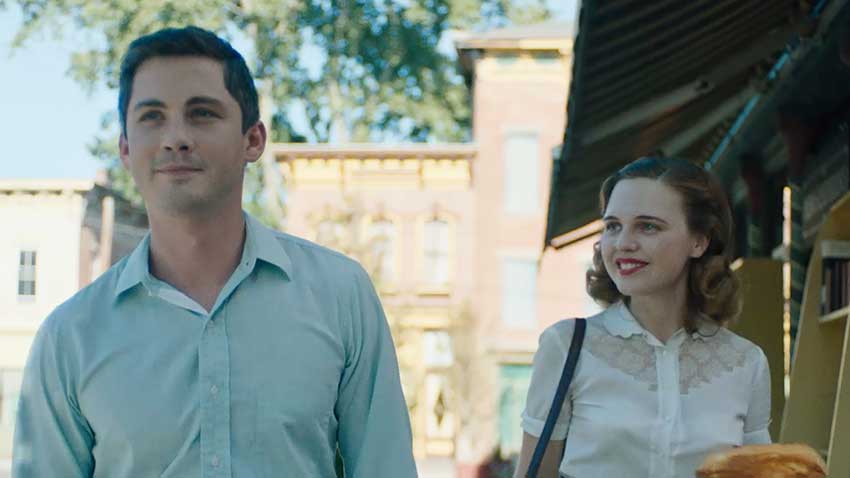