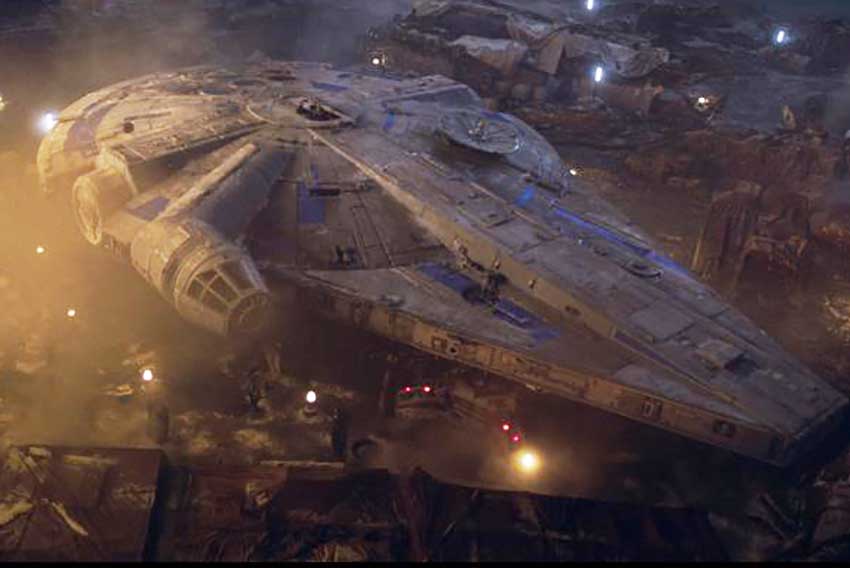 In the original STAR WARS trilogy, the Millennium Falcon was referred to as fastest hunk of junk in the galaxy by Lando Calrissian, "a bucket of bolts" by Princess Leia and Luke Skywalker at first glance called it "a piece of junk." SOLO: A STAR WARS STORY production designer Neil Lamont was tasked in making a pimped out shinier version of the Falcon for Lando Calrissian, the smooth-talking smuggler played by Donald Glover. CineMovie chatted with the SOLO: A STAR WARS STORY production designer who reveals they used the same ship build from STAR WARS: THE FORCE AWAKENS.

According to Neil Lamont, one of his first gigs was working as an assistant on STAR WARS' RETURN OF THE JEDI. Before returning to the STAR WARS universe in THE FORCE AWAKENS, the U.K. born production designer supervised the art direction on all eight of the HARRY POTTER films. He went on to win the Art Director’s Guild Award for excellence in production design for HARRY POTTER AND THE DEATHLY HALLOWS: PART 2 and the Art Director’s Guild Award for contribution to cinematic imagery with all eight of the films. He's also worked on several James Bond films as the supervising art director on THE WORLD IS NOT ENOUGH and GOLDENEYE.

The STAR WARS has special meaning for Neil Lamont whose father was a huge fan of the original STAR WARS movie (Episode IV). ROGUE ONE was Lamont's first role as a production designer alongside Doug Chiang after serving as the supervising art director on STAR WARS: THE FORCE AWAKENS.

He returned to the STAR WARS franchise as the production designer tasked with taking what we know and love about the Millennium Falcon and giving it a face lift. In STAR WARS EPISODE IV, Harrison Ford's Han Solo bragged to Luke about his modification to his spaceship.

"I've made a lot of special modifications myself," he boasts.

That of course opens it up for all sort of possibilities to reimagine it as Lando's Falcon. The bedroom and bar was perhaps the best and most fun part to reinvent.

“This is where he does his (Lando) best work," says Lamont. "Either putting together a deal or using his worldly wilds to seduce the universe. “It was interesting to do and fun.” 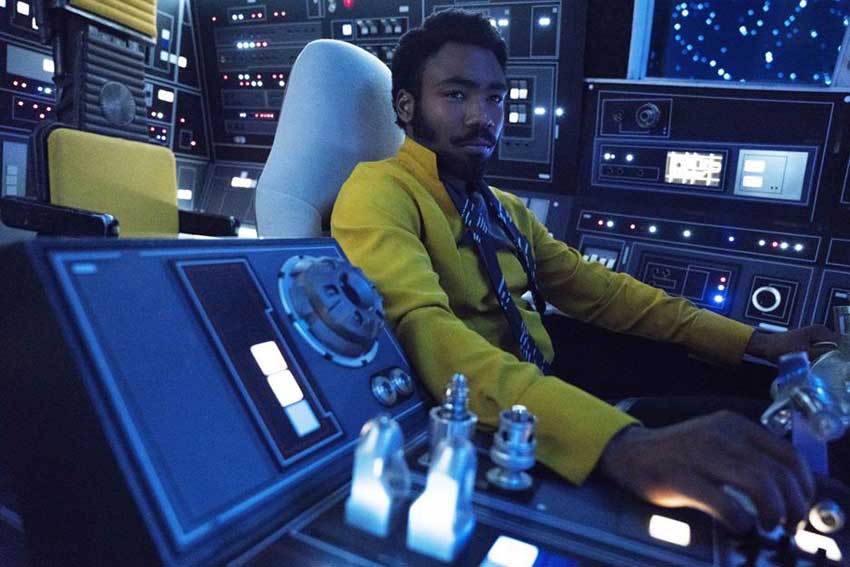 For the interior, they used the same build used last in EPISODE 8, and gave it a makeover specifically to the corridors of the ship.

“We decided in fact that we were going to cover all of the Star Wars Millennium Falcon that we know and love... all the pikery, all the exposed wiring and all that sort of technology. We’re going to keep that but we’re going to hide it with padding so we would always have the same volume area. Volume of the main room, etc, it would never feel any bigger or feel any smaller.”

Lamont and his team imagined the Kessel Run would be the place where some of those panels would've collapsed to expose what we would recognize as the OG Millennium Falcon.

For the exterior Millennium Falcon, it was a total rebuilt. Sometimes referred to as the "rust bucket," a new ride right off the spaceship lot would be shiny and new. Again Lamont says his team added new paneling to cover pipe work and ventilation systems.

My Lightsaber Duel with Ray Park aka Darth Maul

SOLO: A STAR WARS STORY had a different feel and look than previous STAR WARS movies since we're introduced to new worlds. He credits that choice to the original directors Christopher Miller and Phil Lord before they were replaced with Ron Howard. 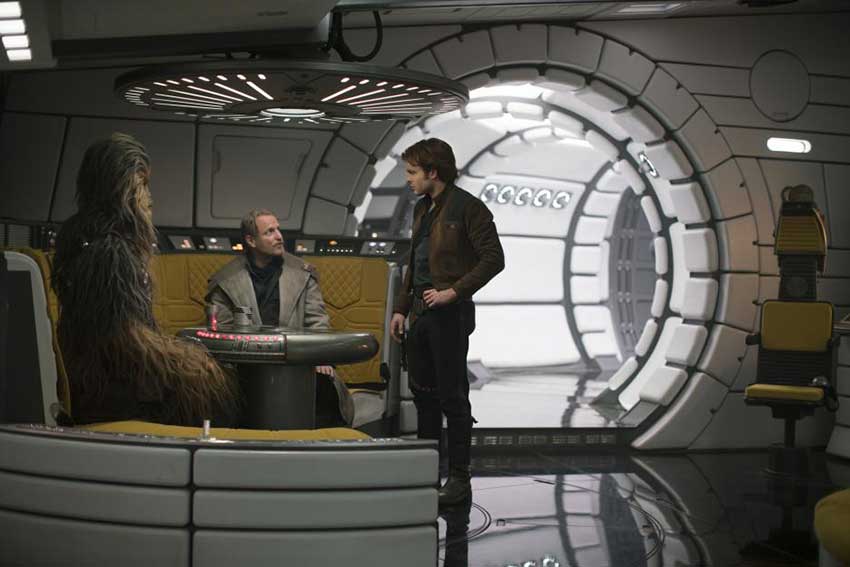 For the aesthetic, they referred to the late 60s for inspiration. They surmised that the original trilogy's design was influenced by the 70s hence the prequel Han Solo story would've taken place a decade earlier.

“What is the best manufacturing, best architecture, the best industrial, the cold war nature and atomic race at that point in time,?" says the production designer. "That became a large part of our aesthetic."

The design teams also referenced movies from that time period like EASY RIDER, HIGH NOON, MCCABE AND MRS. MILLER and others for inspiration.

When Ron Howard came in, SOLO was far into production so there wasn't much to change according to Lamont but he did have a "few notes" which they worked with him closely on.

One set that had many iterations was the security gate at the space port at Corellia, according to Lamont, where Emilia Clark's Qi'ra is captured during her escape with Han. The constant question they asked themselves was what would it look like as the Empire begins to take over that planet. "What became Empire and what was Corellia?"

After countless iterations, they finally settled on the security gate that had the feel of an immigration barrier. He puts the blame on himself for not listening to what they wanted initially but it all goes with the territory.

For more insight into the production and behind the scenes of the revamped Millennium Falcon, check out the numerous bonus features on the home release of SOLO: A STAR WARS STORY now available on Digital and on 4K, Blu-ray and DVD Tuesday, September 25.