Has Jake Gyllenhaal Taken His Physical Transformations Too Far for His Movies? The 'Southpaw' Star Thinks So 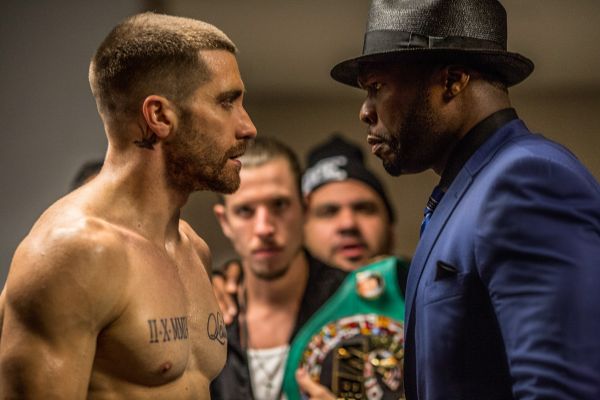 As many of you know, getting that body beach-ready for summer is no easy task. In case you’re in need of some motivation, take yourself to the cinema on July 24th to witness what Jake Gyllenhaal has done to his body for his role as boxing star Billy Hope in SOUTHPAW, and he's telling CineMovie he might have taken it too far.

It goes without saying that Jake Gyllenhaal (Donnie Darko) has a pretty impressive track record of taking his characters and diving into them physically and emotionally. Most recently, we saw him shed nearly 30 pounds to transform into the twisted paparazzo Lou Bloom in Night Crawler. For SOUTHPAW, Gyllenhaal took his 147-pound physique and transformed it into the ripped 175-pound fighter Billy Hope.  This came at no easy cost though. Gyllenhaal went through a rigorous 6-month journey, training twice a day while learning the intricacies of a boxer’s technique, physically and mentally. At a recent roundtable interview for the film, we asked the 34-year-old actor if during these character transformations he ever stops and says to himself, “I’m taking this too far, I should probably slow down.”

“Yes, sometimes. Particularly on this one I started to realize, because each one is somewhat of experimentation and also an exploration. I said to myself, 'Wait. I’ve lost my sense of imagination. Shit. This is all starting to feel really real.' Acting is also about imagination. Acting is being able to create a world, to be in a world that is part of your mind.” 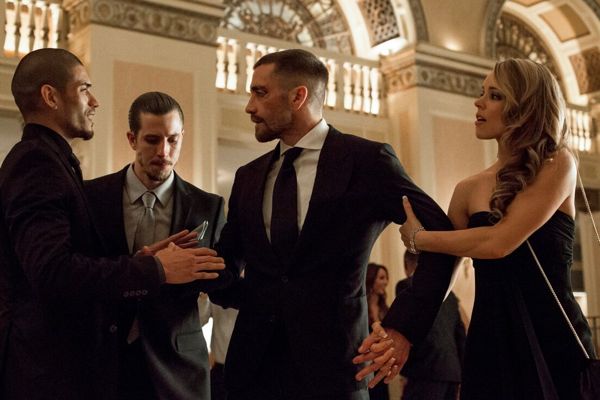 Jakes co-star and wife in the film, Rachel McAdams (Mean Girls, The Notebook), described his transformation as “awe-inspiring.”  When she first signed on, he had just begun his training sporting long hair, a bushy beard, and a ponytail while looking nothing like a professional boxer. According to McAdams, she wasn’t entirely surprised by his metamorphosis based on the breadth of work he’s done in the past.

“I figured he would get there. Becoming the character in every single way was part of his DNA. It was in his cells. It was really phenomenal to watch.”

McAdams also mentioned that Jake stayed far away from the craft services table to stick to his diet. In fact, the actress said he whipped up his own awesome, healthy treats for the cast when their energy was low.

“It was gluten-free bread with almond butter, coconut oil, and honey. I know it sounds awful, but it was amazing. It was like a doughnut,” smiled McAdams. 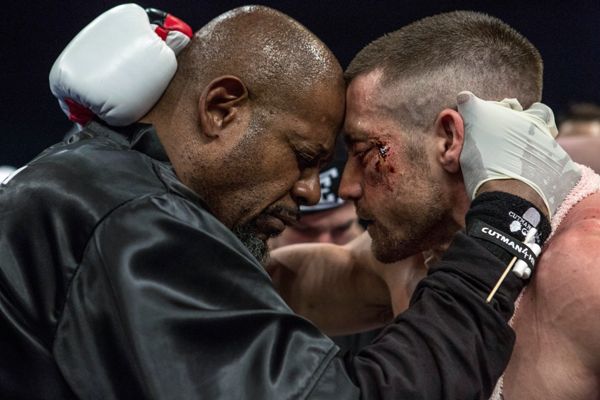 In addition to his transformation being physically demanding, the role proved to be emotionally taxing as well for Jake. He admitted to Cinemovie that he fell into a depression while embodying his character since Billy faces so much adversity scene after scene. After they wrapped production in New York, he was so ready to release himself of the character; he immediately ripped off his facial prosthetics like Schwarzenegger in Total Recall then slept for fourteen hours, something he hadn’t done since he was 16.

“It was one of those things where your body took you to that place. It’s a story where every scene I’m in its--No. No. No. No. That’s all he gets. He’s beaten up. This character needs that to get to the place where he has hope. That’s what the stories about.”