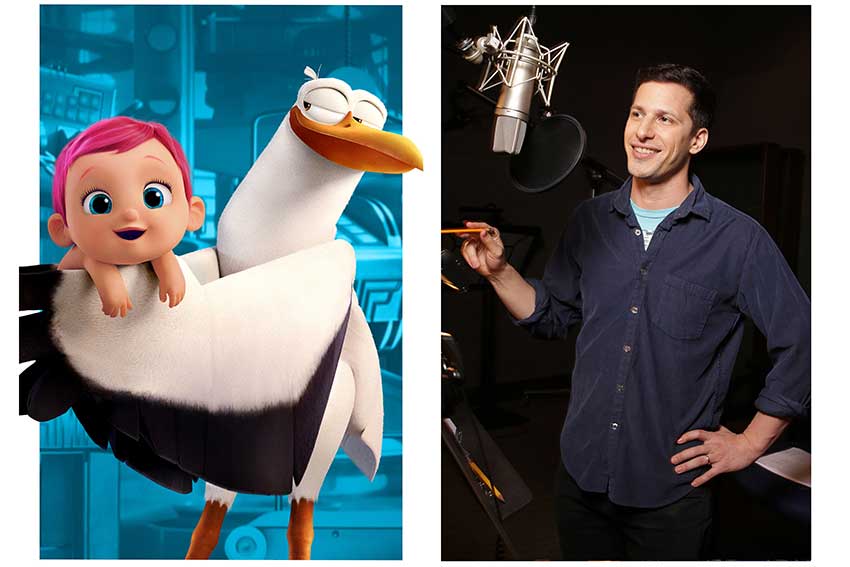 A special delivery comes our way with the animated adventure STORKS, and stars Andy Samberg, Kelsey Grammer, director/writer Nicholas Stoller and director Doug Sweetland reveal some interesting details from behind the scenes.

The association of storks bringing couples a newborn baby is believed to have started in Germany several hundred years ago. The outdated fable told to children is the premise of the new animated film, written by writer/director/producer Nicholas Stoller (NEIGHBORS, NEIGHBORS 2) and co-directed by Doug Sweatband. In STORKS, it seems the internet also put the storks out of work at least in the baby business. Now they deliver packages for a global internet retail store. Junior (Andy Samberg), the company’s top delivery stork is in line for a promotion, but he accidentally activates the Baby Factory and an unauthorized baby girl is born. Junior must find a home for the baby before his boss (Kelsey Grammer) finds out with his human friend Tulip (Katie Crown).

During the Los Angeles press conference for STORKS, the actors and filmmakers revealed some funny stories from behind the scenes.

“Early on, I wanted it to be like RAISING ARIZONA where every character meets the baby and they want to keep the baby,” says Stoller. “That was the initial idea than I realized it wasn’t a live-action but animation and they could do weird things.”

That may explain some of the quirky elements of the animated adventure, but Stoller’s co-director Doug Sweetland says it adds charm to STORKS.

“Nick did embrace the bizarre which makes the movie different.” 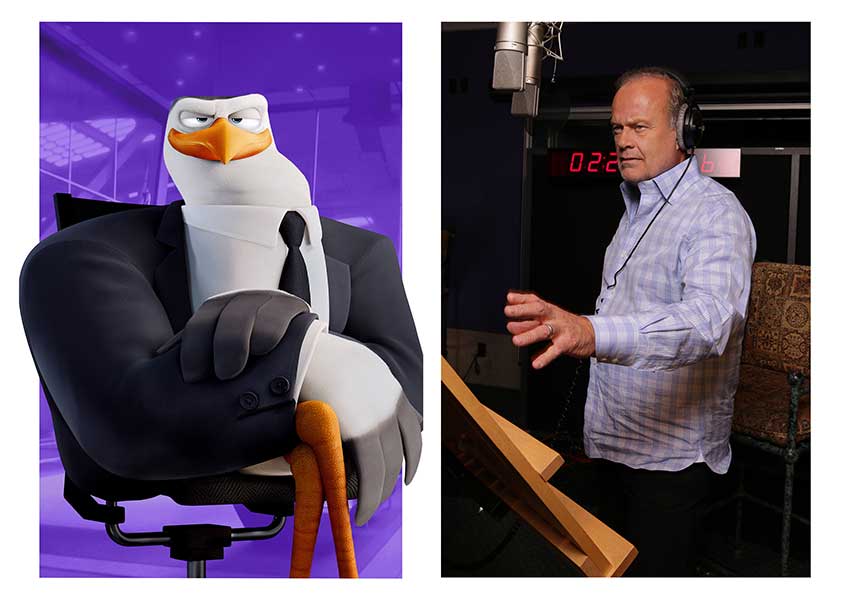 Kelsey Grammer is best known for his role as Dr. Frasier Crane which he originated in “Cheers” and later in the spin-off, “Frasier.” The word Crane is also the name of another type of bird, and given the movie centers around storks, they worked in that reference into his Hunter character.

Grammer recites his line during the press conference, “I’m not a stork, I’m a crane.” Unfortunately that piece of dialogue ended up on the cutting room floor, “wisely so,” he adds.

3. Secrets Behind the Recording Session

Actors often voice their characters alone in a recording studio, but for STORKS, the actors initially read their lines with the other actor in the scene.

Actor Stephen Kramer Glickman who voices Pigeon Toady says the initial session with Katie Crown (“Bob’s Burgers”) helped set the dynamic between the characters, but later on in the production, they recorded separately. 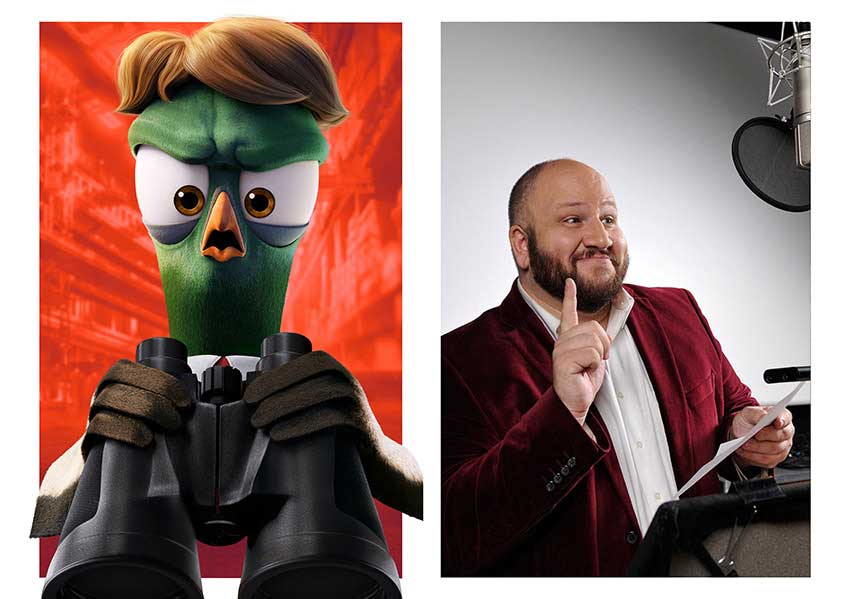 Andy Samberg found voice acting with the other actors distracting. “I closed my eyes,” says the STORKS star so he could visualize the animated character in his head. The former SNL member and “Brooklyn Nine-Nine” star must have a great memory to not read off the script.

As Hunter, the head stork at Junior’s company, Kelsey Grammer already has an authoritative voice, but he went for an even deeper, threatening sound. “I was imitating Rip Torn the whole time," he quips.