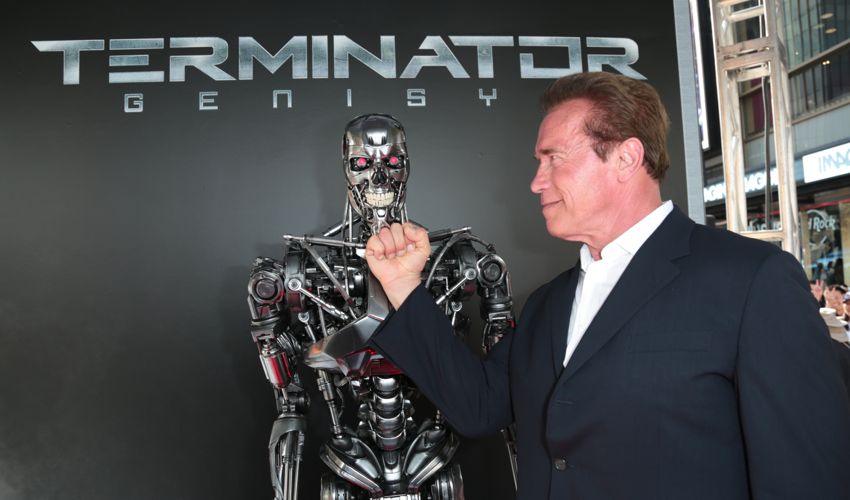 Arnold Schwarzenegger, Jason Clarke, Emilia Clarke, Jai Courtney and Byung-hun Lee graced the gray carpet for the premiere of TERMINATOR GENISYS Sunday at the Dolby Theatre in Hollywood. CineMovie talked to the film's Byung-hun Lee and screenwriters Laeta Kalogridis and Patrick Lussier at the event, and we also caught up with The Talking Dead's Chris Hardwick, WWE wrestler Shad Gaspard and Dusk Till Dawn'sWilmer Valderrama.

In the video below, you'll see Arnold Schwarzenegger approach the press area to talk to someone. The person he is referring to is Japanese Judo gold medalist Shinichi Shinohara who was in Terminator make-up (see photo gallery), which obviously impressed the Terminator himself.