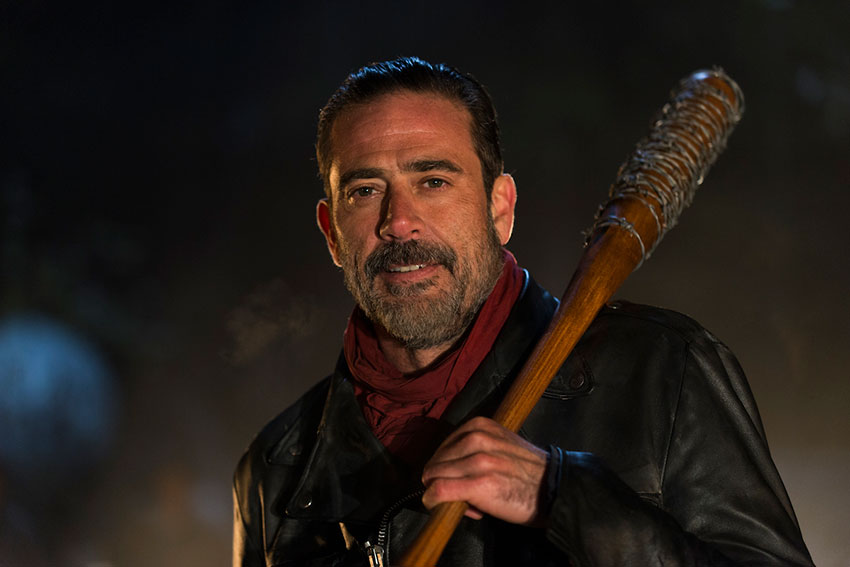 Jeffrey Dean Morgan will be making a killing when THE WALKING DEAD season 6 premieres Sunday, October 23, and the actor playing Negan is apologizing for what fans are about to watch on the premiere episode.

Jeffrey Dean Morgan's Negan will be the most hated man on television this Sunday after he kills off a beloved cast member with his bat Lucille from the new season of THE WALKING DEAD. During our sit down with Morgan, he tells us he watched the premiere episode the night before, and he's apologizing already for what's about to transpire on AMC's hit show. Morgan, however, hopes that in coming episodes, viewers will be able to have more of a love/hate relationship other than just pure hate against Negan.

The actor is also playing another despicable villain in the new film, DESIERTO opposite Gael Garcia Bernal which is now playing in movie theaters.