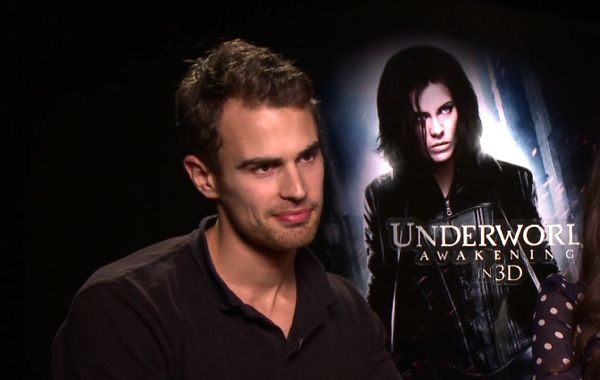 DIVERGENT hero Theo James got his start in Hollywood playing a vampire alongside Kate Beckinsale in Underworld: Awakening in 2012. CineMovie sat down with him two years ago, and his co-star India Eisley for the Kate Beckinsale film in which we first got to know him.