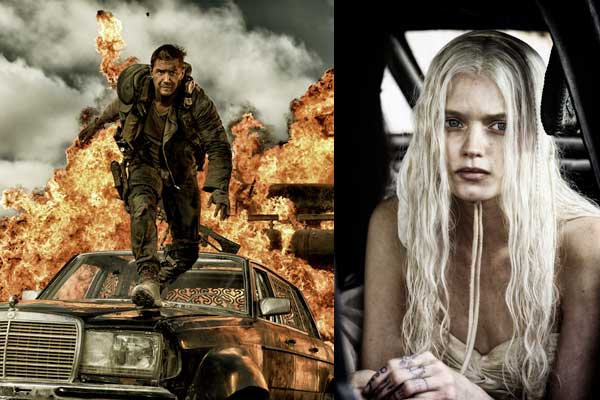 MAD MAX: FURY ROAD's Abbey Lee watched Tom Hardy's acting process on set, and she admits she was like a "sponge" soaking in his method. Listen to what she had to say about working with the British actor.

Abbey Lee plays one of warlord Immortan Joe's five wives rescued by Charlize Theron's Furiosa in MAD MAX: FURY ROAD. The George Miller production took the cast to Namib, the coastal desert in southern Africa. With no trailers or refuge in the middle of the desert, Tom Hardy, Charlize Theron, Abbey Lee, Zoe Kravitz, Rose Huntington-Whiteley and the crew braved the harsh elements of the shoot.

The shoot was not only intensive, but so was the leading man Tom Hardy as noted in several stories from the set. Abbey Lee found Tom Hardy's intensity on set "fascinating," and she watched him closely to learn any tricks of the trade. She compared him to an athlete who mentally prepares for a big game. She points out it was obvious when he wanted alone time to gather his thoughts. She wouldn't go as far as calling him "method," but he certainly had an interesting process.

We spoke with Tom Hardy in NYC for the red carpet of The Drop last year, and he told us there really is no method to his acting except for thinking "what's for lunch." Watch interview.