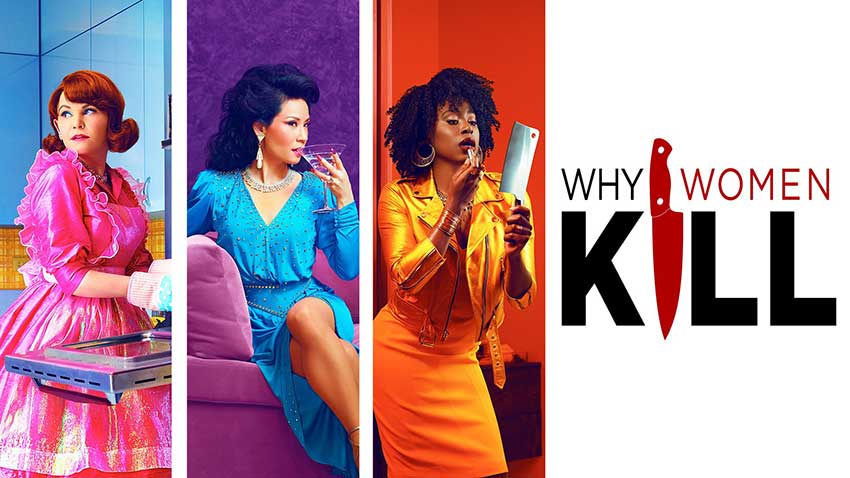 The creator behind "Desperate Housewives" and "Devious Maids" is once again focusing on female characters with CBS' streaming show, Why Women Kill." Marc Cherry tells CineMovie he has more freedom writing for a streaming service unlike a network show, and he's pushing the boundaries with a throuple aka poly amorous relationship.

Marc Cherry is back with another female-centric drama with "Why Women Kill" streaming on CBS' All Access, a new series now streaming starring Lucy Liu, Ginnifer Goodwin and Alexandra Daddario. WHY WOMEN KILL, a darkly comedic drama created by Marc Cherry, details the lives of three women living in three different decades: a housewife in the ‘60s, a socialite in the ‘80s and a lawyer in 2019, each dealing with infidelity in their marriages. The series will examine how the roles of women have changed, but how their reaction to betrayal... has not.

Watch: Ginnifer Goodwin Doesn't Like Shows She's In Until Now

We caught up with the stars and creator Marc Cherry of the new show at the Los Angeles premiere. Here's what he had to say about his attraction to female-led dramas and his intention behind the juicy new series.

Interview: Lucy Liu on 'Why Women Kill' is the Soap Opera People Want