Will Arnett on Changing Up Batman for THE LEGO MOVIE (Interview) 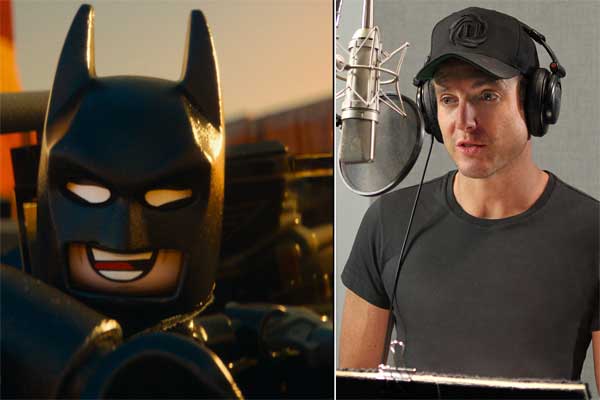 THE LEGO MOVIE star Will Arnett plays LEGO Batman like we’ve never seen before. Arnett says he took some liberties with the brooding superhero and what we get is a fun  “narcissistic jerk.” Morgan Freeman is curious as to why Robin was missing from the movie.

Will Arnett voices the LEGO Batman in the first-ever, full-length theatrical LEGO adventure opening February 7th, and he reveals during a press conference held at LEGOLAND in Carlsbad, California why he changed the rules on playing the iconic DC caped crusader.

His co-stars Elizabeth Banks, who voices the tough-as-nails Wyldestyle and Batman’s girlfriend, calls the character a “narcissistic jerk” while Morgan Freeman, the ancient mystic Vitruvius LEGO thought Batman was “cool.” Both descriptions perfectly capture the caped crusader’s personality, which we’ve never seen before in any previous incarnations.  The LEGO Batman in THE LEGO MOVIE is by far the most fun character in the movie. 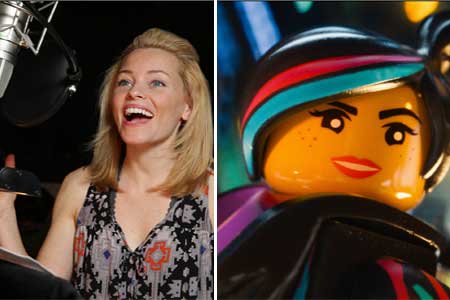 At the press conference, Arnett says that Batman wasn’t written like that on the script, but it evolved over the course of the production.  Along with the directors Phil Lord and Christopher Miller (Cloudy with a Chance of Meatballs, 21 Jump Street), they looked back to all the previous Batmans to determine what would get the most laughs.  During the early voice over sessions, he tried different versions to see what worked and what didn’t. “We kept hitting on that the more serious Batman took himself, the funnier he was. That’s what we ended up with,” says Arnett.

Arnett wants to clear up, however, that Batman does redeem himself by the end of the movie. 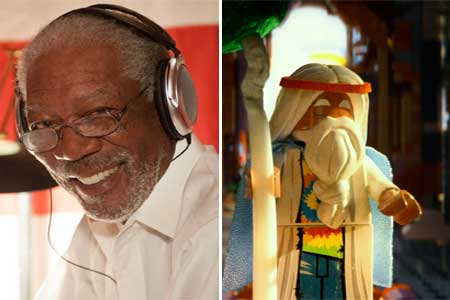 Morgan Freeman gave his approval of Batman by calling it a “cool Batman,” but he wanted to know from the directors why Batman’s sidekick was missing from THE LEGO MOVIE. “No Robin? Holy Fatman!,” joked the star.  Director Chris Miller says the thought did cross their mind and it even came up as a possible joke in the film where Batman at the end says, “I work alone. Come on Robin and Alfred.” However, they were trying to keep the movie under two hours in length.

If the Batman job wasn’t already taken by Ben Affleck in the Zack Synder Superman/Batman movie, our vote would be for Will Arnett’s LEGO Batman.  Sorry Ben Affleck.