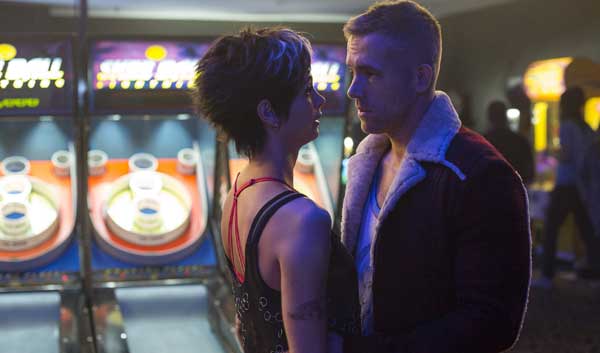 Morena Baccarin isn’t the only Latino/a representing in what surely is going to be 2016’s next blockbuster movie, DEADPOOL. Behind the scenes, one of the creators behind the Marvel anti-hero is an Argentine. Here’s a little history of Deadpool’s inception and how these two Latinos figure in.

Amid the vast Deadpool editions Marvel has published since the antihero ’s inception in 1991 there was never any doubt that Wade Wilson and his alter ego Deadpool are Americans; however, few know that one of the co-creators, Fabian Nicieza, hails from Argentina. Fabian was born in Buenos Aires in 1961, but at the early age of four his parents moved to New Jersey where he was raised. Two decades later, he joined the full-time staff at Marvel Comics. After working on classics like "X-Men" and "The Avengers", he went on to co-create Deadpool, Shatterstar, and the X-Force, never imagining that the man with the deformed face hidden behind the red and black leather suit would become his most famous character. Even when at an early age Nicieza became a rabid fan of Marvel, he can never forget the Anteojito magazines he read as a child in his native city of Buenos Aires.

Notably, this is not the only Latino connection to the Deadpool movie. Brazilian actress Morena Baccarin plays Vanessa, Deadpool’s one true love. Morena’s personal history is similar to that of Nicieza: she was born in Rio de Janeiro in 1979 and moved to New York at the age of seven when her father was relocated by Globo International. Her role in Joss Whedon’s Firefly series was her first encounter with fame. Morena is also widely remembered for her 36 episode run on Showtime’s Homeland.