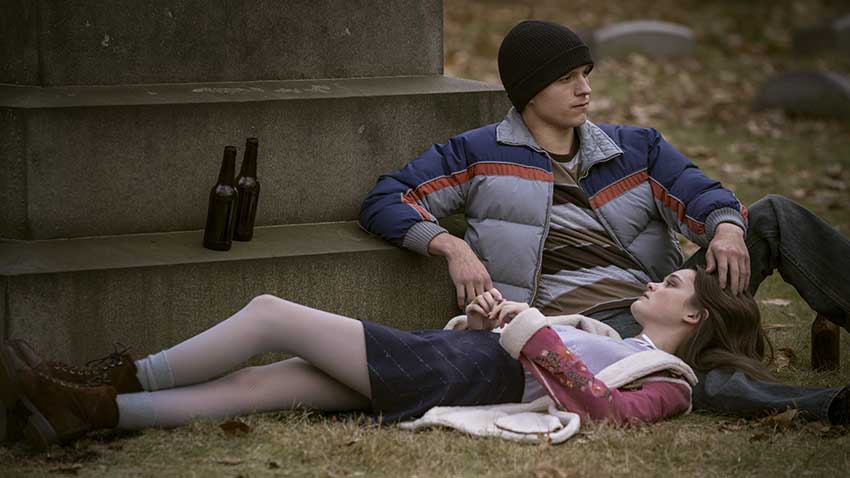 Anthony and Joe Russo return to the director's chair after directing the last few AVENGER movies with Apple TV+'s upcoming movie, CHERRY starring Tom Holland. It seems the brother duo keep tapping into the Marvel line-up after producing films with Chris Hemsworth in EXTRACTION and Chadwick Boseman's 21 BRIDGES. CHERRY will debut on Apple TV+ on March 12 after a theatrical run on February 26. Read on for the synopsis.

Ciara Bravo plays Holland's love interest in CHERRY. Holland plays a former Army medic suffering from PTSD who turns to robbing banks. Expect lots of grit from the director's who gave us some of the best Marvel films.

CHERRY follows the wild journey of a disenfranchised young man from Ohio who meets the love of his life, only to risk losing her through a series of bad decisions and challenging life circumstances. Inspired by the best-selling novel of the same name, “Cherry” features Tom Holland in the title role as an unhinged character who drifts from dropping out of college to serving in Iraq as an Army medic and is only anchored by his one true love, Emily (Ciara Bravo). When Cherry returns home a war hero, he battles the demons of undiagnosed PTSD and spirals into drug addiction, surrounding himself with a menagerie of depraved misfits. Draining his finances, Cherry turns to bank robbing to fund his addiction, shattering his relationship with Emily along the way. Brought to the screen in bold, gritty fashion by visionary directors Anthony and Joe Russo, “Cherry” is a darkly humorous, unflinching coming-of-age story of a man on a universal quest for purpose and human connection.