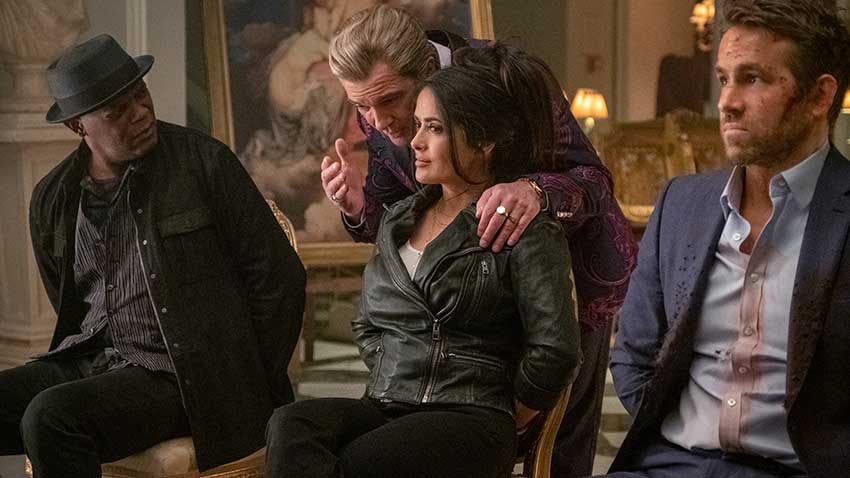 THE HITMAN'S WIFE'S BODYGUARD was delayed for over a year becaue of the COVID-19 pandemic. Ryan Reynolds and Samuel L. Jackson return as the odd couple in a sequel to the action movie, THE HITMAN'S BODYGUARD. As the title suggests, this time Darius (Jackson) and Michael (Reynolds) reteam to keep Darius' wife played by Salma Hayek safe from Antonio Banderas' villaneous madman. The press release announced Morgan Freeman will be part of the fun.  THE HITMAN'S WIFE'S BODYGUARD hits movie theaters June 16.

One year later, Johnson will don a cape to play the DC villain turned anti-hero for the DCEU in BLACK ADAM coming to a theater near you July 29. The film is currently in production with Netflix darling Noah Centineo as Atom-Smasher, Pierce Brosnan as Dr. Fate and Aldis Hodge (ONE NIGHT IN MIAMI) as Hawkman. Spanish director Jaume Collet Serra reteams with Johnson in BLACK ADAM after working together on JUNGLE CRUISE.

Warner Bros. released the graphic below touting the new release date along with a tag line that reads, "The hierarchy of power in the DC Universe is about to change." Perhaps this logline indicates the BLACK ADAM movie may be a jumping point to bring in the Justice Society to take over from the heroes of the JUSTICE LEAGUE. That certainly makes sense since JUSTICE LEAGUE is pretty much done for given those films didn't live up to expectations at the box office, and the fallout from removing Zack Snyder from JUSTICE LEAGUE which has now tainted the whole franchise. 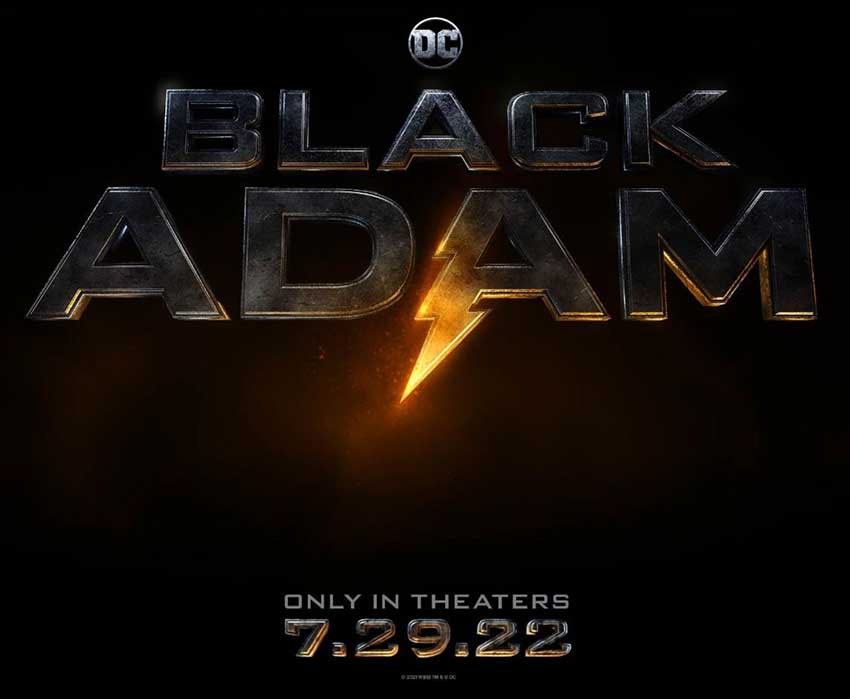