The Cate Shortland-directed first film in Phase Four of the Marvel Cinematic Universe hits U.S. theaters on May 1, 2020. Feige shared a pre-recorded greeting featuring stars Scarlett Johansson, who reprises her role of Natasha Romanoff/Black Widow; David Harbour, who was cast as Alexei the Red Guardian; and Florence Pugh, who plays Yelena. At first it looked like a scene out of the movie as the three stars sat in a helicopter acting, but then they broke character to share their feelings on the movie and explain why they couldn't be in Anaheim, CA.

To make up for the lack of star power for BLACK WIDOW. The audience was treated to an exclusive first look with four clips. We break it down below in the video and list.

1. A title card reading, "Budapest" appears over an aerial view of a European city.  Pugh's character, Yelena, is in the kitchen and Natasha enters the apartment. They immediately start fighting and their skills are very similar. They're equally adept at mano-a-mano combat. It's a brutal fight but then Natasha calls her "sis." Boom. They're related.

2. Dressed in white suits, both Natasha and Yelena are about to infiltrate a facility with David Harbour's character, the Red Guardian.

3. Natasha faces off with a masked character with a small shield with a red symbol. He or she is also mirroring Natasha's signature fighting style and they come face-to-face when they can't seem to overcome the other. Now we know it's Taskmaster but didn't have a clue on Saturday. Apparently the shield is based on Captain America's shield.

4. A quick cuts of individual action scenes leads to a quick glance of Rachel Weisz's Melina Vostokoff in a form-fitting black jumpsuit like Black Widow's Avenger costume. It ends with Yelena (Florence Pugh) asking Natasha why she always lands in her signature pose and imitates her post fighting stance as if mocking her.

On Sunday, Marvel released the first teaser poster which features the main characters and Taskmaster. 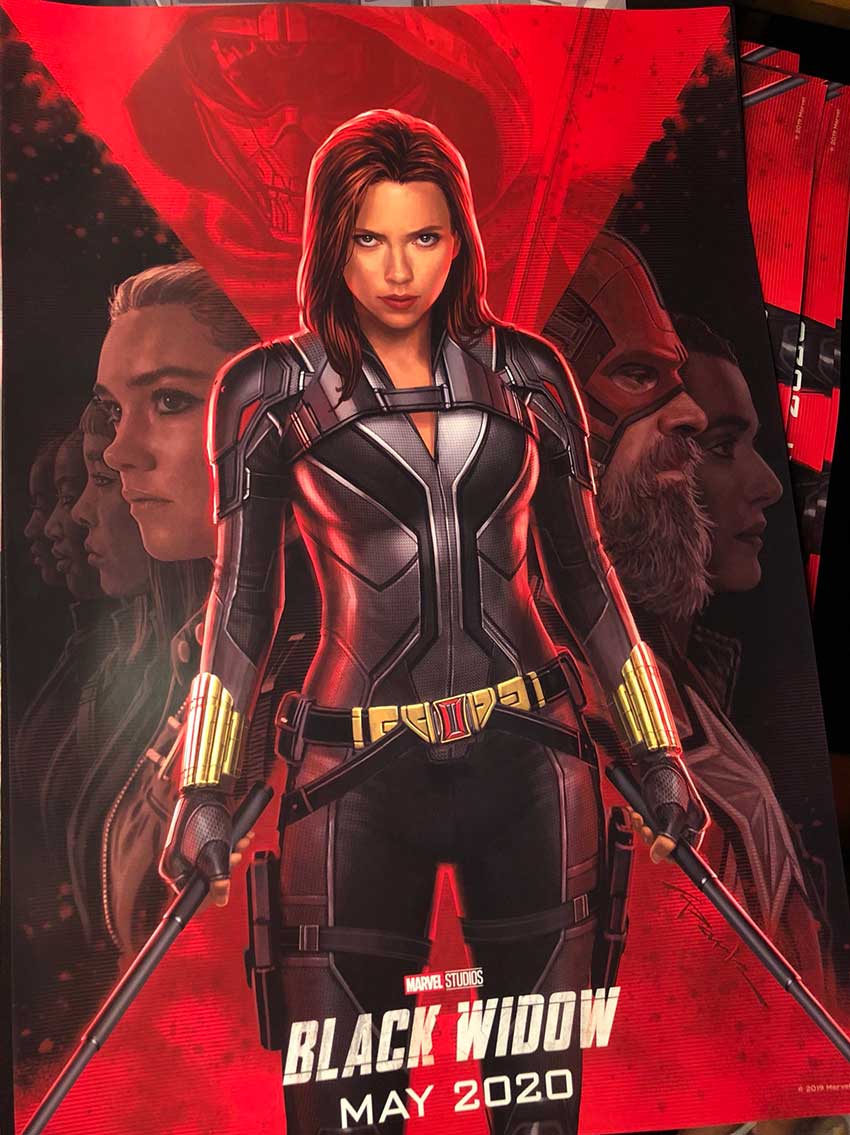