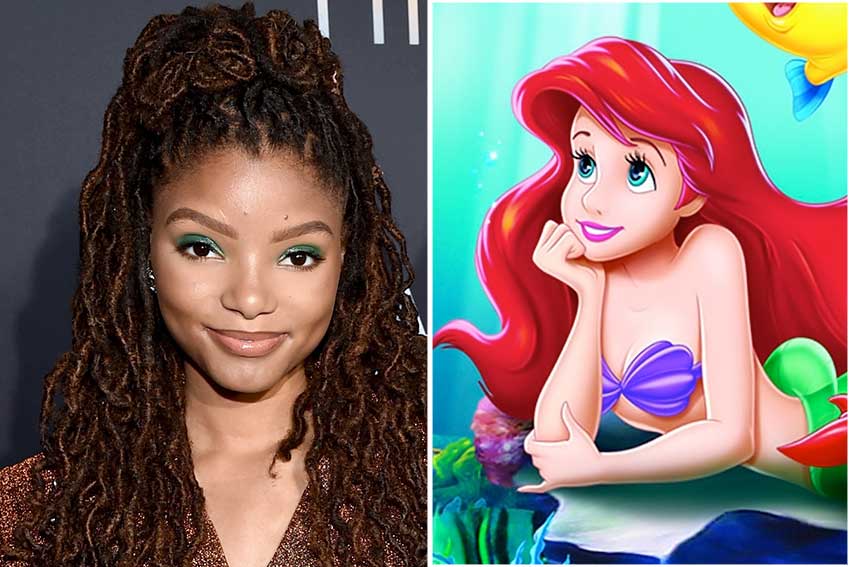 Meet THE LITTLE MERMAID's new Ariel. R&B singer Halley Bailey has been cast as the mermaid who wants to be a human in Disney's live-action remake of THE LITTLE MERMAID. Read Disney's official press release and learn more about the young actress.

Hailey Baily is part of a sister singing duo, Chloe x Halle who was discovered on YouTube and they went on to release a few albums. The duo went on to tour with Beyonce and Jay Z, and released the title song for "Grown-ish" and eventually starred on the Freeform series. You may also remember them from Superbowl LIII earlier this year when they sang the anthem, "America the Beautiful."

Now the question remains whether they'll make Halle Bailey's do red like the original animated character. No doubt the new Little Mermaid should have fiery-red hair. The press release announcing the news Wednesday didn't provide much details. Read it below.

Halle Bailey has been cast as Ariel in Disney’s upcoming live-action reimagining of The Little Mermaid. The film is directed by Rob Marshall and produced by Marshall, John DeLuca, Marc Platt and Lin-Manuel Miranda. The film will feature beloved songs from the animated classic by Alan Menken and Howard Ashman, as well as new songs by Menken (music) and Miranda (lyrics).

“After an extensive search, it was abundantly clear that Halle possesses that rare combination of spirit, heart, youth, innocence, and substance — plus a glorious singing voice — all intrinsic qualities necessary to play this iconic role,” says Marshall.

Production is anticipated to begin in early 2020.

Additional announcements regarding The Little Mermaid are expected in the coming weeks.