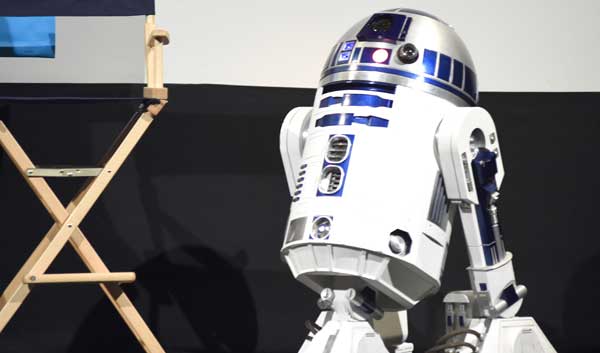 R2-D2 and company made an appearance at SXSW Film Festival Monday to premiere the documentary “Secrets of The Force Awakens: A Cinematic Journey.” J.J. Abrams and behind the scenes personnel talked about the STAR WARS: THE FORCE AWAKENS documentary, and they released a one-minute clip from the Blu-ray feature.  Watch as Mark Hamill, Harrison Ford, Carrie Fisher, John Bodega and Daisy Ridley talk about their first day at the table read.

The feature-length documentary, which is an in-depth bonus feature on the upcoming Digital HD and Blu-ray Combo Pack will be released on April 1 on Digital HD and April 5 on Blu-ray.