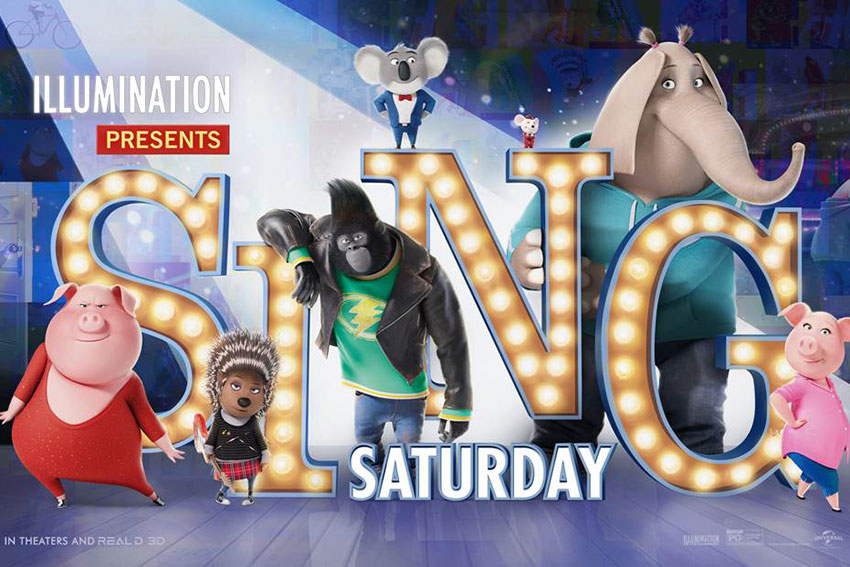 Illuminations’ animated musical SING won’t be released until December 21, but Universal Pictures is offering an advance free screening of the movie over the Thanksgiving weekend. Find out how to get your tickets.

After the chaos of Black Friday, save the date with the family for #SingSaturday! In partnership with AMC Theatres, Illumination Entertainment invites fans nationwide to schedule a free day at the movies with SING over Thanksgiving weekend.

Visit SingSaturday.com for tickets. Tickets for “SING Saturday” screenings are available on a first-come, first-served basis to the first 200 moviegoers in line at participating AMC Theatres on Saturday, November 26 (10 a.m. local time).

SING is brought to you by the folks behind beloved hits Despicable Me, Dr. Seuss’ The Lorax, Despicable Me 2 and Minions, now the second-highest-grossing animated movie in history.  Following the release of this summer’s comedy blockbuster The Secret Life of Pets, Illumination presents SING this holiday season.