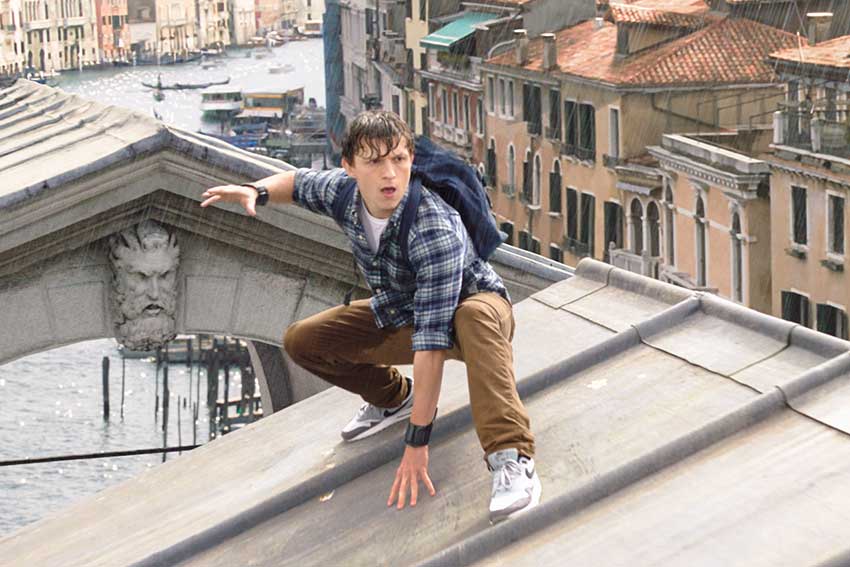 SPIDER-MAN: FAR FROM HOME has surpassed all expectations to become Sony Pictures highest-grossing film ever in its 95-year history. Thanks Marvel. There's no doubt AVENGERS: ENDGAME contributed to the boost with the latest Spider-man movie being sort of a follow-up to the fallout of the last AVENGERS film. The film has earned over a billion dollars worldwide, and Sony plans to add to that sum by re-releasing the film Labor Day weekend with four additional never-before-seen minutes in an action sequence.

The James Bond flick, SKYFALL was Sony Pictures record holder for highest-grossing film, but SPIDER-MAN: FAR FROM HOME exceeded the current record holder this past weekend. The biggest boost came from internationally markets with $732.9 million, while domestically, the Tom Holland film earned $376.7 million.

Taking another page from the Marvel handbook, SPIDER-MAN: FAR FROM HOME will be released again with new footage on Labor Day weekend. See the official press release below for details about the new footage.

Starting Thursday, August 29, ahead of the holiday weekend, an extended cut of the film featuring approximately four additional minutes of a never-before-seen action sequence will be released in theaters in the U.S. and Canada. The film will also be available in IMAX® and large formats in select locations.

On its path toward this record-breaking milestone, SPIDER-MAN: FAR FROM HOME showed incredible power at the global box office.

The film’s North American opening at $185.06 million for the six-day holiday weekend was an all-time opening six-day record for Sony Pictures, the best-ever six-day opening for a Spider-Man film, and the best six-day opening for a film launching over the Fourth of July holiday. On opening day, July 2, the film opened to the biggest Tuesday numbers of all time with $39.3 million.

The film’s global rollout began on June 28 in China, Hong Kong, and Japan with a $111 million cumulative opening. China debuted to $97.7 million – the seventh-largest opening of all-time for a studio film in the market and Sony Pictures’ second-biggest opening there. Japan opened with $9.4 million – the second-biggest superhero movie launch in the last decade. Hong Kong opened with $3.7 million – the fifth-biggest Friday-to-Sunday opening of all-time, and Sony Pictures’ best-ever opening in the market.