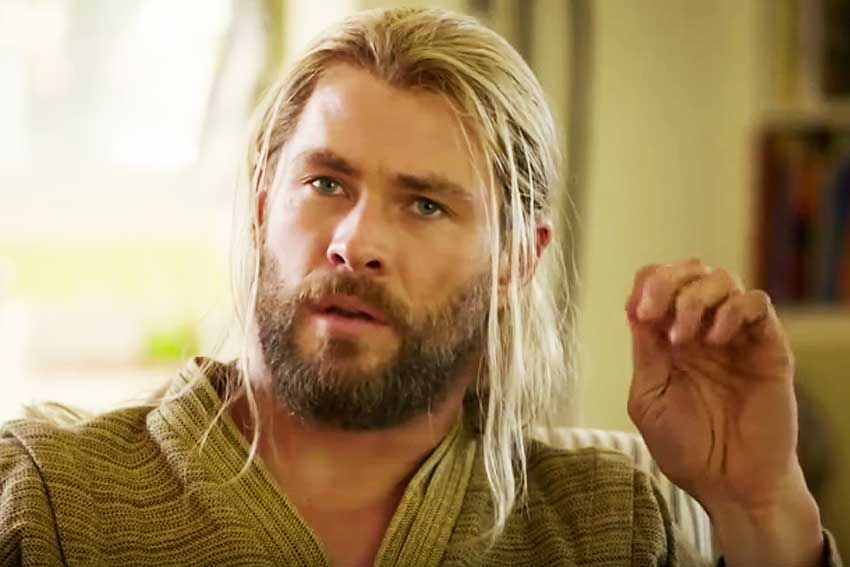 The hilarious San Diego Comic Con video starring Chris Hemsworth as a funny Thor explaning where he was during CAPTAIN AMERICA: CIVIL WAR has finally surfaced. The exclusive footage was first screened during Marvel's Hall H presentation at this year's San Diego Comic Con, and it showcases Hemworth's funnier side as he explains Thor's superhero sabbatical in Australia. Mark Ruffalo also makes a cameo apperance in the video as Bruce Banner. Watch the comedy sketch.

The video was likely released to coincide with the home release of CAPTAIN AMERICA: CIVIL WAR on Digital HD (92) and Blu-ray/DVD September 13. Hemsworth, Ruffalo, Tom Hiddleston and the rest of the Asgard clan are in Australia filming the third movie in the THOR franchise with THOR: RAGNAROK. New to the cast are Jeff Goldblum, Cate Blanchett, Tessa Thompson and Karl Urban. We have a long wait for that Marvel with with the release date more than a year away (November 3, 2017).