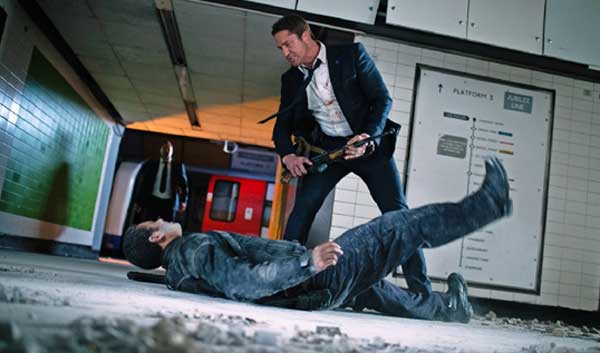 When we say LONDON HAS FALLEN is a good film, we’re not talking about an Oscar-worthy film, but a what a popcorn flick should be. Here are three reasons why the Gerard Butler starrer is more enjoyable than the original and why it's a guilty pleasure.

1. Gerard Butler’s “F” Bombs
Ryan Reynold's Deadpool isn't the only potty-mouthed man on the big screen right now. Gerard Butler’s Mike Banning lets loose the “F” bombs throughout the movie. At first it seems uncharacteristic of the Banning we knew from OLYMPUS HAS FALLEN, but he is about to become a father and the fact that he has to go through this crap again makes him one grumpy secret service agent. However, Butler is tons more fun with some great one-liners that had the audience chuckling in between some of the most violent action.

2. No Holds Barred
The follow-up seems unapologetic and probably un-PC. Once again Middle Easterners are the villains in a Hollywood movie. In LONDON HAS FALLEN, an arms dealer seeks revenge against the heads of state represented in the G8 who ordered a drone strike during his daughter's wedding, killing her and other civilians. The French, German, Canadian, Japanese and British prime ministers are killed while the US President survives, of course, but one other person dies at the hands of the terrorist that sends Banning into a rage.

Banning takes out his rage on the terrorists in a brutal fashion that even has Eckhart's President addressing it several times. "Was that really necessary," in which he replies "no!" Banning proved he is more than capable of taking down villains in the original film, but he's definitely back with a vengeance. 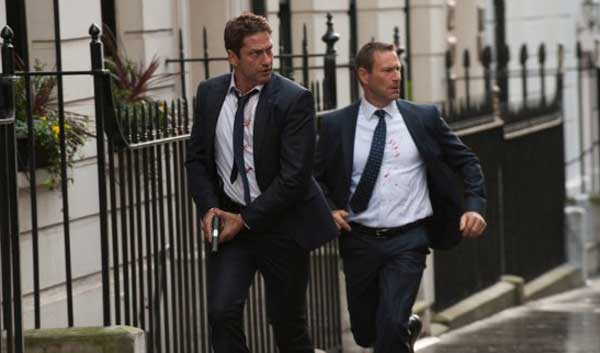 Sadly to say, as a viewer you might get satisfaction from these violent deaths. Banning represents a lot of us who are sick and tired of hearing of violent attacks on civilians by terrorists. In one scene, Banning beats on one of the leaders of the terrorist gang while lecturing him on why terrorists will never win. "You've been trying to kill us for years, but we'll always come back stronger."  That was the message after the most recent attacks in Paris, and that's the message the filmmakers are sending in LONDON HAS FALLEN.

3. Amped Up Action
The action in LONDON HAS FALLEN is definitely amped up three times as much. It makes sense given the setting is out in the open in London whereas the previous film was set within the confines of the White House. The constant change in scenery keeps the action non-stop. The visual effects such as the explosions are not as polished as in the first film. However, the helicopter scenes involving the President's three planes was visually intense. In another scene, a gun fight in the dark was intense with only shadows of people and gun blasts visible in the dark of night.

The physical action is just as brutal as in the first film, but Butler has much more to work with in LONDON HAS FALLEN using a variety of weapons. At times you gasp at the violence along with the President, but isn’t that why we go to these movies - pure enjoyment of killing off the bad guys. It's odd to say we get some sort of enjoyment out of it.