In the third installment of the BAD BOYS franchise, Mike is on someone's kill list, and the partners must figure out who is after him and why. However, their friendship is tested when a life-changing event breaks them up. 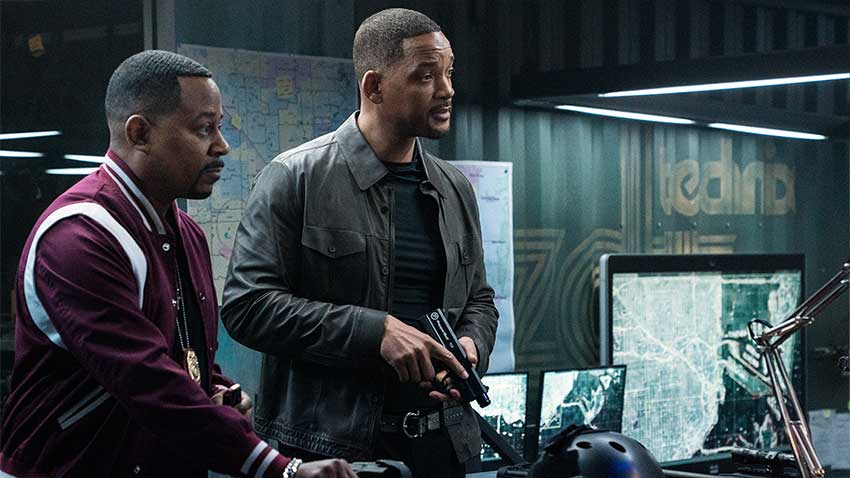 25 years after Bad Boys, 17 years after Bad Boys II, Mike Lowrey and Marcus Burnett are back for one last ride in Bad Boys for Life. For producer Jerry Bruckheimer, there’s one simple reason why the time is right for Will Smith and Martin Lawrence to return to their signature roles. “It’s always the right time for good movies, fun movies, entertaining movies, like this one is,” says Bruckheimer. “People love good entertainment. We have these two wonderful actors coming together with their humor and their edge. It’s very exciting for an audience and for me to make a movie like this.”

And Bruckheimer says that though so many years have passed, Will Smith and Martin Lawrence have picked up right where Lowrey and Burnett left off. “It’s the same fun as it was twenty years ago,” he says. “They have a good time. Will is the friendliest person in the world, and Martin is just funny – anytime you cut to Martin, you’re gonna get a laugh. You want to be in the presence of these two guys. That’s what it’s all about.”

While there had been talks since Bad Boys II to create another Bad Boys event picture, it was a years-long process before Bruckheimer began working with his executive producer, Chad Oman, to develop fresh ideas for a third installment. Bruckheimer, one of the industry’s most successful and honored filmmakers, is also recognized for helping define the cop film genre for a new generation, through films such as Bad Boys and Beverly Hills Cop. “If Jerry and Don [Simpson, Bruckheimer’s late partner] didn’t invent the buddy cop genre, they were certainly key contributors to it,” explains producer Doug Belgrad. “The Bad Boys franchise is funny, packed with action, and has lived in audiences’ imaginations for over twenty years.”

The key to the Bad Boys saga is the energy and chemistry between its stars. The relationship between Will Smith and Martin Lawrence is so powerful and entertaining that today it seems obvious to pair them – but that wasn’t always the case. Back in 1995, Bruckheimer was part of the team of filmmakers that had to figure it out. Before Will and Martin made history, Bruckheimer notes that the film’s development went through a number of other pairings – including Dana Carvey and Jon Lovitz – that never quite made it off the ground. “We had an idea that we loved, and we had to figure out who could we cast in it. An agent called me and said, ‘You really should meet this guy, Will Smith.’ He was on Fresh Prince at the time and I think he had done one small movie. He came into my office and this guy’s tall, he’s handsome, he’s funny, he’s got an infectious personality, and I said, ‘He’s the guy. I really want to make it with him.’ And then Martin had a TV show that was doing quite well, and so we put the two of them together.”

The fun of the movie in 1995, is the same fun in 2020: the odd-couple pairing of Lowrey and Burnett. “They’re entirely different,” Bruckheimer says. “One is a bachelor and wealthy. The other is a middle-class family man, a straight-ahead guy who tries to do things the right way.” But while Smith and Lawrence are still the bad boy cops you know and love, the new film picks up the dynamic duo after many years have passed, so the guys have certainly evolved – well, at least Marcus has. “Mike is the same guy he’s always been – he loves catching the bad guys,” Bruckheimer continues, “but Marcus is starting to think it’s time to retire. Mike has slowed down a little, but doesn’t want to accept it, while Marcus realizes he’s slowed down and tries to make Mike appreciate that.”

As Bad Boys for Life opens, a sexy new 992-Generation Porsche (VIN number 001) screeches through the streets of Miami; as usual, Burnett and Lowrey are in hot pursuit … of something. At last, they somehow make it to their destination, only to reveal there is no shootout to be had or bad guys to ‘cuff. The two have arrived at a hospital … just in time to see the birth of Marcus’ granddaughter.

For Bruckheimer, it’s an opening that’s perfectly emblematic of the tone of the Bad Boys films. “The chases are fantastic, because there’s so much humor in them,” says Bruckheimer. “There’s edge too, so it’s serious, but it’s always peppered with fun.”

“We wanted to immediately embrace the fact that time has gone by for Mike and Marcus, as it does for everyone,” says Smith. “The opening sequence with Marcus becoming a grandfather is new territory that launches these characters’ stories into another chapter.”