The film was supposed to debut at the 2020 Tribeca Film Festival, but INHERITANCE landed at DirectTV in late April

Directed by Vaughn Stein (TERMINAL, EVERY BREATH YOU TAKE) and written by first time scribe Matthew Kennedy, Lauren Monroe (Collins) inherits a measly $1 million dollars from her wealthy father (Patrick Warburton) after his sudden death, and his prisoner (Pegg) who's locked away in an underground bunker in the woods. She keeps the shocking revelation from her mother (Nielsen) and brother (Crawford) but she'll unravel as she learns more about her father's dark secret, and why he left that problem to her.

Director Stein brilliantly intercuts different scenes in a sequence that provides backstory for most of the characters and a clue to the finale. The three minute sequence informs viewers of Lauren's stance against corrupt big business as the district attorney, her brother's run for Congress and her father's final moments. He dispenses with the usual clutter that often weighs down the beginning narrative to introduce the protagonist.

INHERITANCE takes off like a rocket with an immediate setup into Lauren's nature and personality that will play a role in how she handles this strange inheritance. On the other hand, Simon Pegg's Morgan is a different story when we learn bits and pieces about him, and Lauren's father throughout the movie. That provides the thrill and intrigue in INHERITANCE.

However, one nagging question plagues the movie. Given Lauren's track record as a district attorney and her rocky relationship with her father, why would her father leave her that burden? Morgan addresses it as well but the film never explains it. Her brother William who's more like their father would be a better choice although the Senior Monroe may not have wanted his son's political career threatened with that kind of knowledge. Perhaps that was his way of punishing her for distancing away from his corrupt ways. That interpretation may be left up to the viewer.

Pegg and Collins make a great team in this cat and mouse game with Pegg stealing the show as a manipulator. We've come to know Pegg as a likable everyman, but he plays it deliciously evil as a villain for the first time in INHERITANCE.

For Lily Collins, it's nice to see her in a different kind of role and not anyone's love interest. The 31-year-old actress has the lucky fortune of looking really young to be a district attorney, but you can suspend belief after watching her riveting performance.

Connie Nielsen and Chace Crawford don't have much to do in INHERITANCE except provide additional information to explain away a few plot holes.

So the story is moving along in an addicting way, and the climax is off the charts so far, but when all is revealed in the finale - the bubble bursts. The reveal was just not satisfying especially when one detail was overlooked by Lauren which seemed uncharacteristic on her part.

After a very promising start, INHERITANCE doesn't pay off but it's still a worthwhile watch. 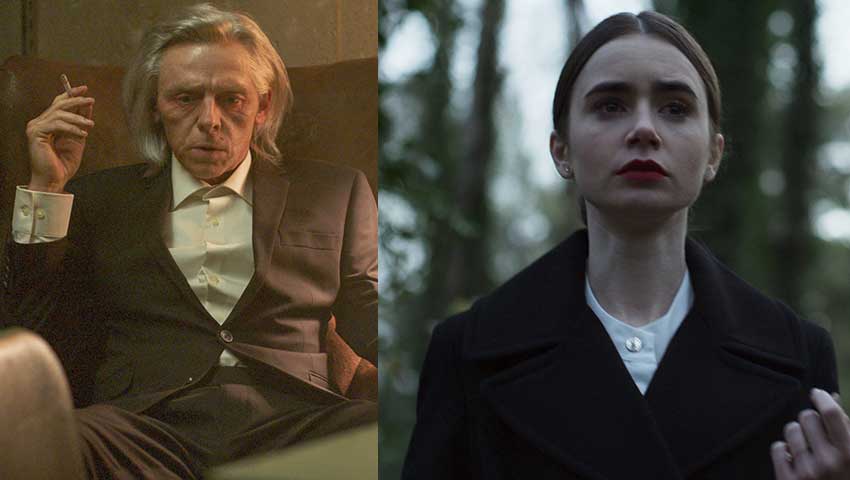