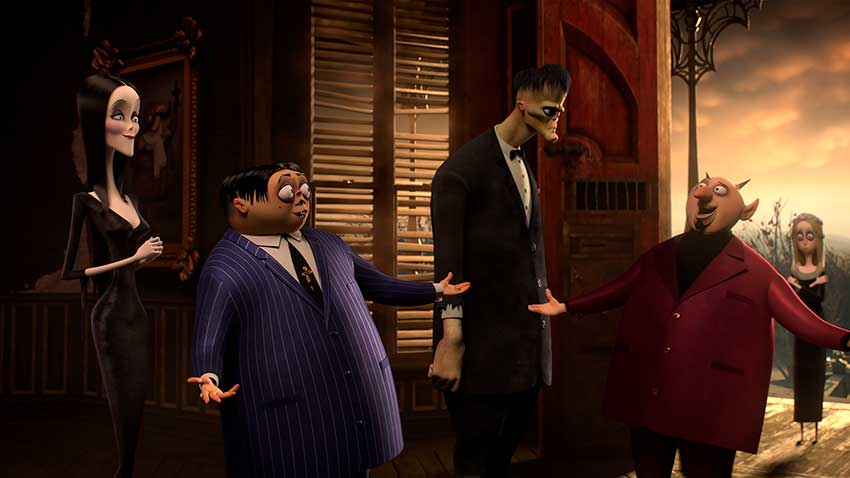 THE ADDAMS FAMILY have been resurrected in animated form for Sony Pictures Animation.

The kooky family is back in the new film by Sony Pictures Animation starring the voices of Oscar Isaac, Charlize Theron, Chloë Grace Moretz, Finn Wolfhard, Nick Kroll, Snoop Dogg as “IT”, with Bette Midler and Allison Janney.

Addams Family fans may enjoy this animated reboot, but the grown kids may get more enjoyment out of it than children whose jokes may be too sophisticated for their young minds. More of my review in the video below.

Get ready to snap your fingers! The first family of Halloween, The Addams Family, is back on the big screen in the first animated comedy about the kookiest family on the block. Funny, outlandish, and completely iconic, the Addams Family redefines what it means to be a good neighbour.