The sinister doll from THE CONJURING universe is back to terrify audiences but this time she's got evil spirit friends. In ANNABELLE COMES HOME, the Warrens daughter is left behind with a teen babysitter and her friend who's determined to get into the basement holding Annabelle and other artifacts from THE CONJURING universe. Of course Pandora's box is unleashed, horror ensues.

The movie is light on the horror but aplenty on the jump scares. While most CONJURING movies in the universe focus on one evil entity, ANNABELLE COMES HOME features several spirits that come with a brief backstory on their origins. That's the most interesting thing about the movie, and the most enjoyable, although the scares seemed pretty tame.

Gary Dauberman, the screenwriter of the ANNABELLE films, IT and the upcoming IT CHAPTER TWO, and THE NUN, makes his directorial debut on the film, which is produced by Peter Safran (“Aquaman”), who has produced all the films in the “Conjuring” franchise, and “Conjuring” universe creator James Wan (“Aquaman”), who has produced the last five film’s under his Atomic Monster banner. The film stars Mckenna Grace (TV’s “The Haunting of Hill House,” “Gifted,” CAPTAIN MARVEL) as Judy; Madison Iseman (JUMANJI: WELCOME TO THE JUNGLE, GOOSEBUMPS 2: HAUNTED HALLOWEEN) as her babysitter, Mary Ellen; and Katie Sarife (TV’s “Youth and Consequences” and “Supernatural”) as troubled friend Daniela; with Patrick Wilson (AQUAMAN, THE CONJURING and INSIDIOUS films) and Vera Farmiga (THE CONJURING films, GODZILLA: KING OF THE MONSTERS, TV’s “Bates Motel”) reprising their roles as Ed and Lorraine Warren. 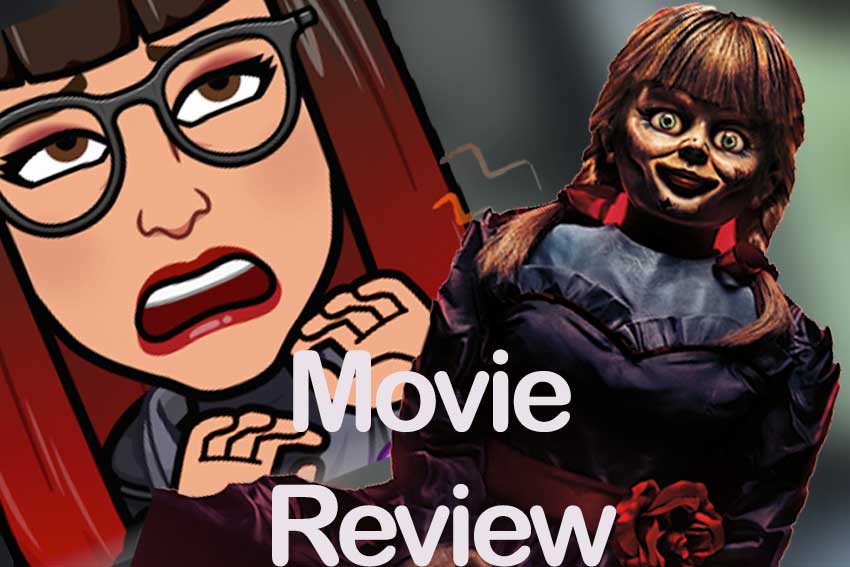