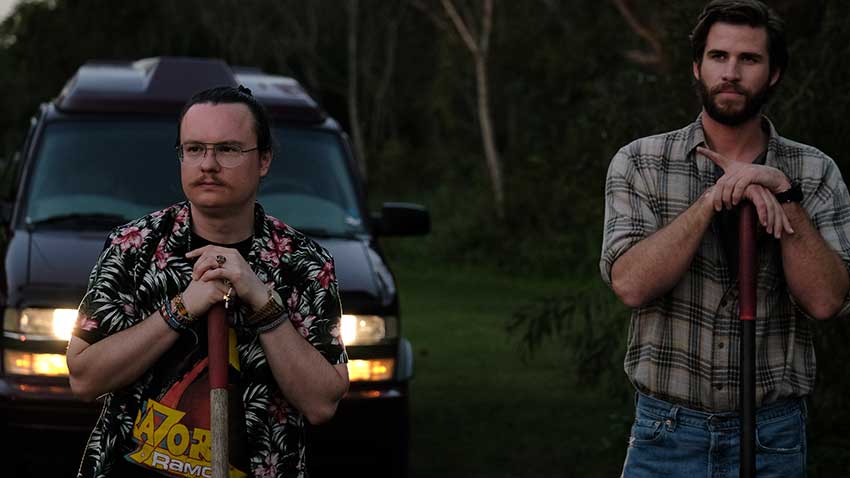 Originally slated for a theatrical release and a debut at the SXSW Festival before the Austin festival was cancelled in March, ARKANSAS will have to settle for a digital run on Apple, Amazon and On Demand platforms on May 5, 2020.

Based on the novel by John Brandon. Kyle (Hemsworth) and Swin (Duke) team up as drug runners for an Arkansas-based drug kingpin named Frog (Vaughn), whom they’ve never met. The pair pose as junior park rangers by day in the hopes of impressing the drug king whoever it may be under Frog's proxy played by John Malkovich. After a few inept actions on their part in response to a drug deal gone wrong, they're headed in a crash course with Frog.

Described as a dark comedy, ARKANSAS is more drama than comedy. Duke's Swin is a quirky character along with Malkovich's park ranger but aside from their idiosyncratic ways, there's not much eccentricity to the feature film especially after the first act. Duke is unrecognizable as Swin, and he owns it playing an odd-looking but confident wanna-be drug dealer. He's often been stereotyped in Hollywood so no doubt directing and writing allowed him to showcase his capabilities as an actor. Hemsworth, while not as flashy, plays it straight with a more than convincing Southern drawl for the Australian actor.

The plot diverts from Hemsworth and Duke's story to Frog's rise as a drug dealer through flashbacks in the second act but it disrupts the flow of the movie for a not-so-interesting origins explanation. While Vince Vaughn is an interesting character, his personaity never really flourishes. He's not a particularly calculating character as we see with most drug kingpins but his story never really materializes in an intriguing way through the jarring flashbacks.

The upside is Hemsworth, in a convincing Southern drawl, and his bromance with Duke's Swin. The two have great chemistry in a Laurel and Hardy fashion, and viewers will be rooting for them to succeed although their blundering ways will almost certainly cause their downfall. The audience are basically waiting for the other shoe to drop, and then viewers are thrust into another setting with different characters. 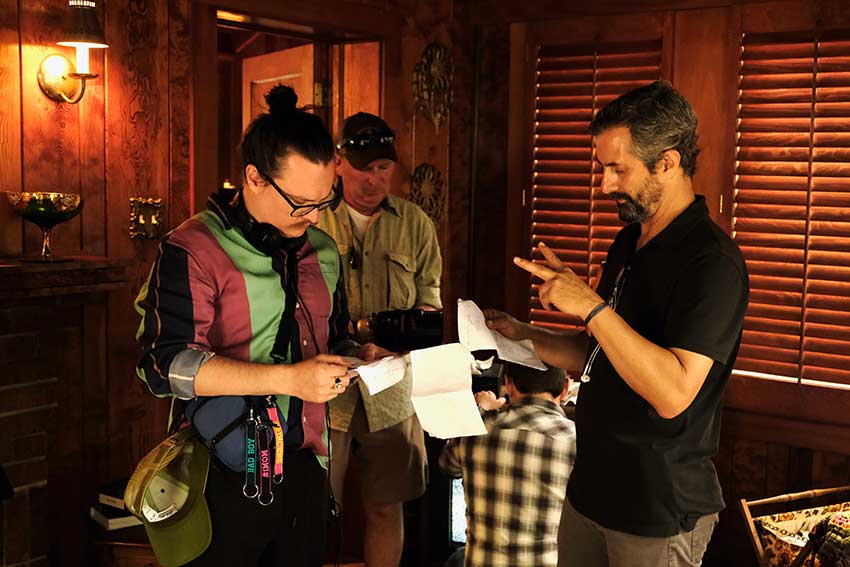 Written by first time scribe Andrew Boonkrong and cowritten by Duke, ARKANSAS' plotting is drawn out like a Southern accent. Adapting novels is no doubt a difficult task, and here it shows with the uneven pacing and veering off to introduce new characters in flashbacks midway through the film. It may have worked in the book, but it's misplaced in the visual medium.

After a promising start and interesting characters, ARKANSAS losses its way. The performances are noteworthy, and Clark Duke as a director and lead certainly makes a splash as a first timer behind the lens despite the detours.

ARKANSAS is now available on Digital on Apple, Amazon and On Demand platforms.