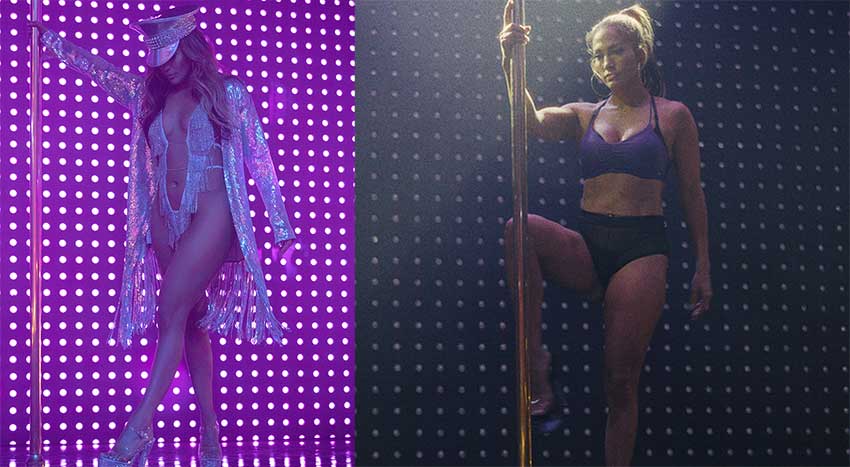 Jennifer Lopez is the stand out in HUSTLERS, but unfortunately the film lacks depth. HUSTLERS stars Constance Wu, Keke Palmer, Lili Reinhart of Riverdale fame and cameos by Cardi B and Lizzo. Watch our video review.

HUSTLERS is based on a true story from a New York Magazine article by Jessica Pressler. The film stars Jennifer Lopez, Constance Wu (CRAZY RICH ASIANS, “Fresh of the Boat), Keke Palmer, and Lili Reinhart of “Riverdale” fame, as strippers turned hustlers drugging and stealing from the Wall Street suits. Lopez’s Ramona was making serious dollars as the main attraction at a New York strip club which caters to Wall Street clientele. Wu’s Destiny is the new girl who’s not confident in her sexy skills so she asks Ramona for tips. Ramona sees a cash cow in Destiny because of her Asian good looks so she takes her under her wings and together they make a lot of money with some girl-on-girl action in the private strip club rooms.

Aside from a terrific and different kind of performance from Lopez as Ramona, the characters don't have much depth in that we don't know much about them except in their current situation. Since you don't feel a real connection to the main characters, you don't root for them to get away with their crimes. Instead you're just counting down the minutes when a loose end screws it up for the crew.

HUSTLERS is in movie theaters September 13.