Guy Ritchie writes and directs the action comedy with a star-studded cast. When drug lord Mickey Pearson wants to go straight and sell off his billion dollar pot business, the shady bunch go after his loot. As with most Ritchie films, plots, bribery, blackmail, lunacy and violence ensue.

THE GENTLEMEN is a testosterone-filled two hours with quirky performances and a story that doesn't become interesting until 35 minutes into the movie. The story is often confusing with an unreliable narrator played by Hugh Grant who steals the show as a dodgy private detective looking for his own payday.

Colin Farrell is "coach" and he also is a standout as the keeper of young urban kids. Henry Golding of CRAZY RICH ASIANS fame tosses charm aside to play "Dry Eye," the violent leader of a competiting drug ring.

Michelle Dockery is the sole actress in the bunch as Mickey's wife, but at least she plays an interesting character. Apparently Michelle was able to use her natural Cockney accent for this role playing an independent woman who is not keen on her husband retiring. While we don't explore her background, she's one bad ass lady who can hold her own.

If you're a fan of Ritchie's LOCK, STOCK AND TWO BARRELS, SNATCH and ROCKnROLLA, THE GENTLEMEN is in the same vein.

THE GENTLEMEN is in movie theaters January 24. 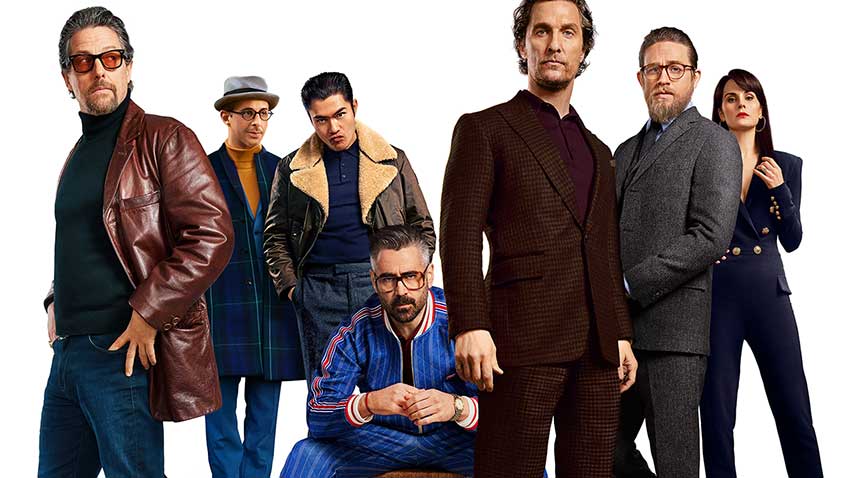