Maggie (Liana Liberato), a big city girl and her family move to Oklahoma, and the adventurous teen takes Iris, her shy and bullied classmate, under her wing and protection. Maggie helps Iris break out of her shell all the while suppressing her own desires in the face of an intolerant society.

Maggie is a free spirit, and that helps her acclimate to small town life by charming the small-minded residents who are suspicious of big city folks. Iris, played beautifully by Kara Hayward (MOONRISE KINGDOM), is an outcast suffering from incontinence and endless bullying.

While the girls relationship is a sweet friendship told through the eyes of both teens, the residents and parents of the town scrutinize and gossip about each other.

Malin Akerman (WATCHMEN) and Tony Hale (HBO’s “Veep’) play Maggie's parents who are neither nurturing or supportive. For Hale, it's a dramatic turn as an abusive father who resents his daughter for having to pick up and leave Kansas City because of a scandal she caused. Akerman plays the stepford wife walking on egg shells, and eager to please everyone. The two actors have brief but effective turns in TO THE STARS.

Liana Liberato's (IF I STAY) performance keep you glued to the screen in the way she effectively conveys her character's conflicting desires which is in stark contrast to her best friend's awkwardness. 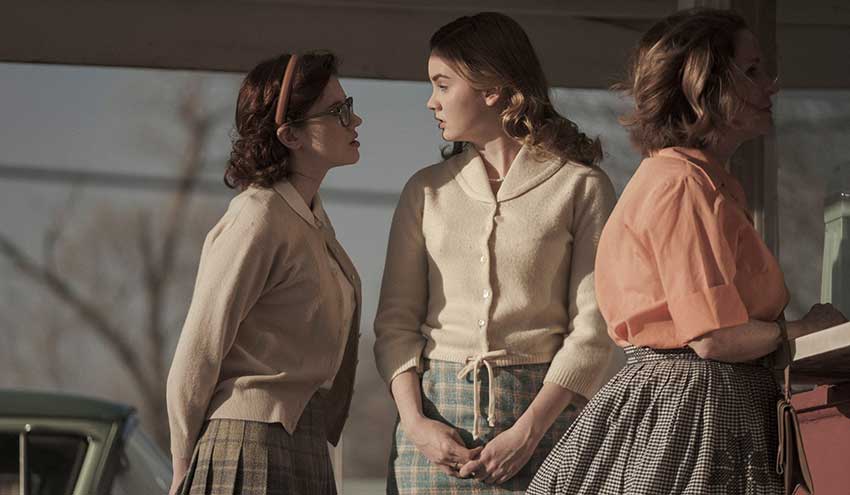 The only decent parent in TO THE STARS is portrayed by Shea Whigham, a loving father to Iris while her mother featuring Jordana Spiro (Netflix’s “Ozark”) may be the reason for Iris' state.

TO THE STARS marks the screenwriting debut of Shannon Bradley-Colleary, and together with director Stephens' symbolic imagery, this coming of age story does not leave you yearning for the good ol' days when small town values often meant suppressing your inner self. Life was not so simple back then as most of us would like to believe.

TO THE STARS is now playing on Digital.