Set in the badlands of 19th-century Australia, Kelly and his Irish immigrant family are looked down upon as lesser than human under English colonialism. They suffer great injustices under the police. His mom Ellen Kelly, played by outstanding Australian actress Essie Davis, performs sexual favors in exchange for rent from Charlie Hunnam's Sergeant O'Neil. Mrs. Kelly is not exactly a loving mother, selling off Ned to a bushranger (a convict hiding out in the Australian bush) portrayed by a rugged Russell Crowe, and those actions leads to Ned being imprisoned as a teenager. She demeans her mentally unstable husband for not being able to provide or protect her from the lascivious enforcers seeking to exploit her. 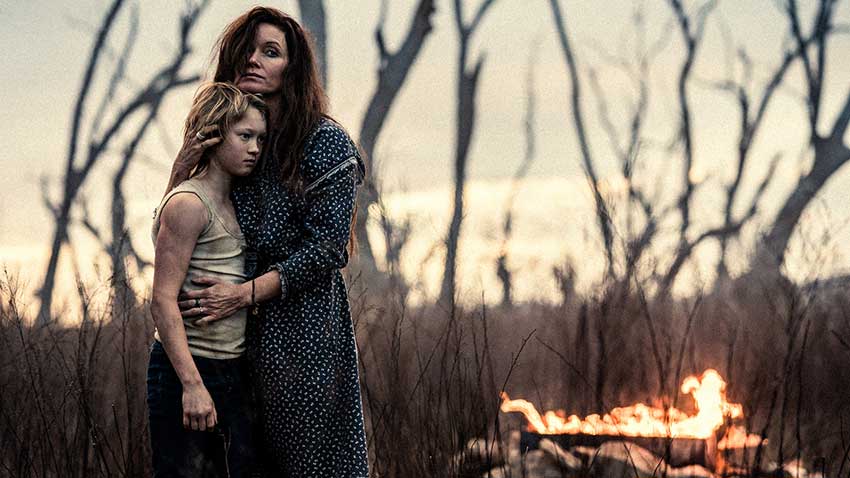 No one is likable in this world of survival of the fittest except for the young sympathetic Ned, and it sets in motion Kelly's disdain for authorities. However, the director takes liberties in creating this world. This mid-1800 Australia is less wild west and more like something out of a MAD MAX movie. It has an apocalyptic feel with a side of punk rock attitude but at times it confusing because of the time period.

While Kelly's childhood under colonialism shapes this future self, his actions as an adult are contradictory. When he returns to his family shack after serving time in prison, he vows to stay clean. This is where the TRUE HISTORY OF THE KELLY GANG starts to fall apart.

The film will now be playing exclusively in LA on the big screen at the Mission Tiki 4 Drive-In in Montclair!

Like Jessie James in America, Ned Kelly became a folk hero to the people of Australia. While his escapades and criminal acts may be well known to most Australians, TRUE HISTORY OF THE KELLY GANG assumes the viewer is well-versed in his legacy. The first half of the film is pretty straightforward in showing how police corruption led to his violent ways but Kelly's adult journey is disjointed and rushed. You'll be less likely to understand the motion of events if you're not familiar with Ned Kelly's outlaw activities.

One of Kelly's most notorious action was the murder of police officers who were hunting him down while on the lamb, but his transition to depraved killer is sudden. The transition is not mapped out sufficiently to believe that he can go from one extreme to the other. The imprisonment of his mother may have been the final straw that broke the camel's back, but the second half of the film doesn't jive with the sympathetic and compassionate Kelly we are introduced to early. When he ambushes the three policemen, it was without provocation. One member of his posse commented that he didn't have to do kill them and so savegely. Is that when he snapped? Perhaps that's what the director was going for but not effectively.

After viciously killing the officers, Ned Kelly is in full anarchy mode cross dressing, something he previously rejected. TRUE HISTORY OF THE KELLY GANG also suggests Kelly may have been bisexual. As an adult, Kelly's interaction with is best friend is very physical but later he's introduced to a single mother played by JOJO RABBIT'S Thomasin Mckenzie who he starts dating. The cross dressing, however was not sexual in nature rather a disguise to throw off people. While there's no conclusive information, the director merely likes to present possibilities.

While most Kelly sympathizers thought of him as a Robin Hood figure, there's no evidence of this in TRUE HISTORY OF THE KELLY GANG. However, there are dozens of other films that cover that part of his life. Heath Ledger portrayed the outlaw or bushranger as the Aussies refer to it, in the 2004 film, NED KELLY with Naomi Watts and Orlando Bloom. 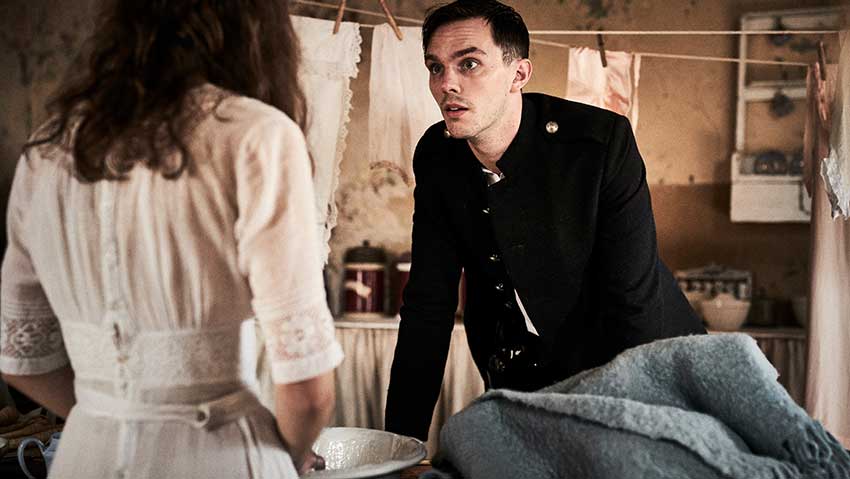 George Mackay is phenomenal as Ned Kelly as is Essie Davis as his mother. Their love/hate relationship is the glue that holds the story together. Nicholas Hoult is another stand out as a morally-corrupt officer. The actor sheds his soft spoken persona to play a dangerous character which is an eye-opener to his acting abilities.

TRUE HISTORY OF THE KELLY GANG is an origins story of Ned Kelly set against Australia's complicated history with colonialism. The film touches upon Ned Kelly's activities as an outlaw in the third act but it's not a complete picture if that's what you're looking for.