'Die in a Gunfight' Movie Review: Diego Boneta and Alexandra Daddario Save This Flick 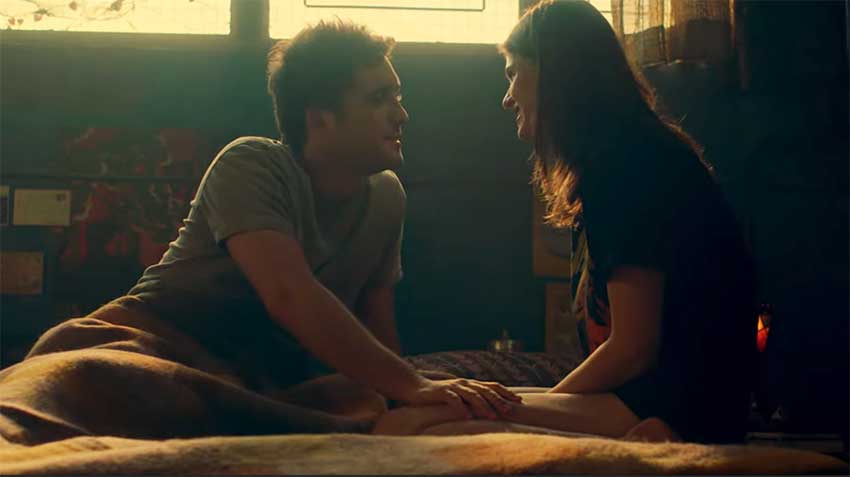 Mary (Alexandra Daddario) and Ben (Diego Boneta) are star-crossed lovers in DIE IN A GUNFIGHT, a violent Romeo & Juliet-inspired story. While director Collin Schiffli makes some interesting storytelling choices, it’s too hip for its own good.

Mary (Daddario) and Ben (Boneta) reunite after being forcefully separated by their feuding families. The highly-strung couple defies both sets of parents that sets off a violent string of events. Mary’s father’s henchmen Terrence (Justin Chatwin) is obsessed with the young beauty and stalks her. Another free-spirited couple played by Travis Kimmel and Emmanuelle Chriqui coincidentally become part of the violent spree.

Since Danny Boyle’s TRAINSPOTTING or Guy Ritchie’s LOCK, STOCK AND TWO SMOKING BARRELS,  many directors have attempted to replicate the highly stylized action-comedy, but few have succeeded.

DIE IN A GUNFIGHT is another one of those attempts. The movie starts out with quite a bit of narration by Billy Crudup introducing us to Ben, a spoiled rich kid who lives to only embarrass his family, and the equally troubled Mary. Rather than show us a young version of the characters, graphic illustrations tell the story as if sifting through a comic book as Crudup gives us the 411 on both characters. Essentially it tells us that these wild childs can only be tamed when they are together.

Fimmel and Chrique’s overbearing characters pop in for no clear purpose at first. Fimmel is quirky and likable eventually when a certain event happens that brings the sensitive side of him out, but that lays the predictable groundwork to how this story will be resolved.

The Room & Juliet bit has been done to death. There’s nothing new to see in DIE IN A GUNFIGHT.

While the main story is resolved, there was another subplot that was not addressed. A character seems to get away with ordering the murder of someone but there are no consequences. It’s easy to explain why they didn’t. The subplot was a way to introduce other characters into the picture that propelled the action and didn’t have any other purpose. The linear events in the movie just don’t happen organically but feel rather forced.

Luckily what will keep your eyes glued to the screen are Boneta and Daddario. The good-looking couple has great chemistry together and the forbidden love affair only heightens the stakes. So their fate is what will keep you interested in sticking with them to the very end of this mediocre film.