'Father of the Bride' 2022 Movie Review: A Sabroso Reboot 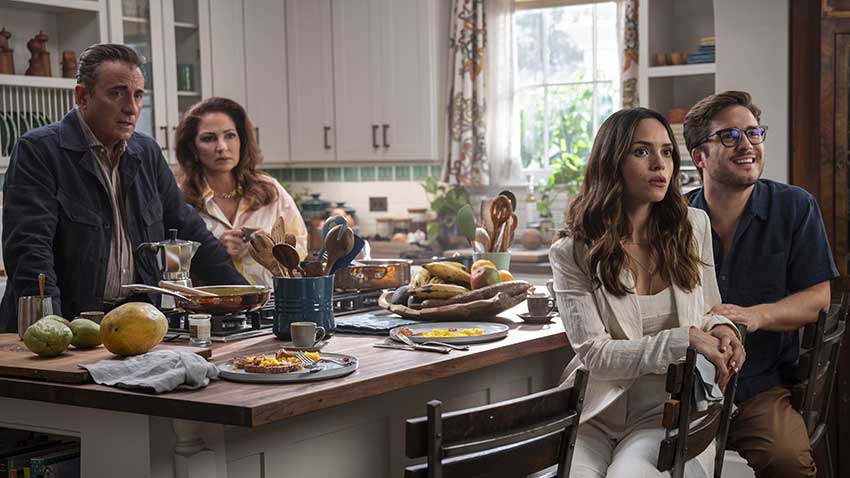 HBO Max‘s FATHER OF THE BRIDE reboot does its own thing with a Latino flavor. It’s a refreshing portrayal of a family that doesn’t involve any of the negative Latino stereotypes or cliches.

Andy Garcia leads the cast of FATHER OF THE BRIDE with Gloria Estefan as his wife, in her first leading role. The all-star cast includes Isabela Merced (DORA AND THE LOST CITY OF GOLD, TRANSFORMERS: THE LAST KNIGHT), Adria Arjona (MORBIUS), Diego Boneta (Luis Miguel: The Series), Enrique Murciano (Without a Trace) and SNL‘s Chloe Fineman. Mexican Director Gary Alazraki helms a script by Matt Lopez.

The premise remains the same with a father, Billy Herrera (García) coming to grips with losing his eldest daughter (Arjona) to another man (Boneta) in her upcoming wedding. However, this third cinematic adaptation revolves around a Cuban-American family.

The script by Matt Lopez adds a modern twist with Sophia proposing to Adan which doesn’t sit well with her old-fashioned father. Billy and Ingrid are also on the brink of a divorce but they are keeping it secret until after the wedding.

Garcia’s Billy is a strict and serious head of the family with no sense of humor which is a vastly different take on the character from previous incarnations.

In Hollywood, it’s not often we see a well-off Latino family, and most of the time Latinos are portrayed as a homogenous group. The groom comes from a Mexican family so when Adan’s very wealthy father arrives in Miami, the two fathers compete to bring their own traditions to the wedding. This is a side that is never shown in Hollywood fare. In reality, Latinos from different countries and cultures can be very competitive with each other and that’s captured in the HBO Max movie in a comedic fashion.

The cast is stellar, especially Gloria Estefan who steals the show as a feisty matriarch who keeps her husband in check. The music legend has made film and television appearances but this may be her first time as a lead and she leaves an impression. 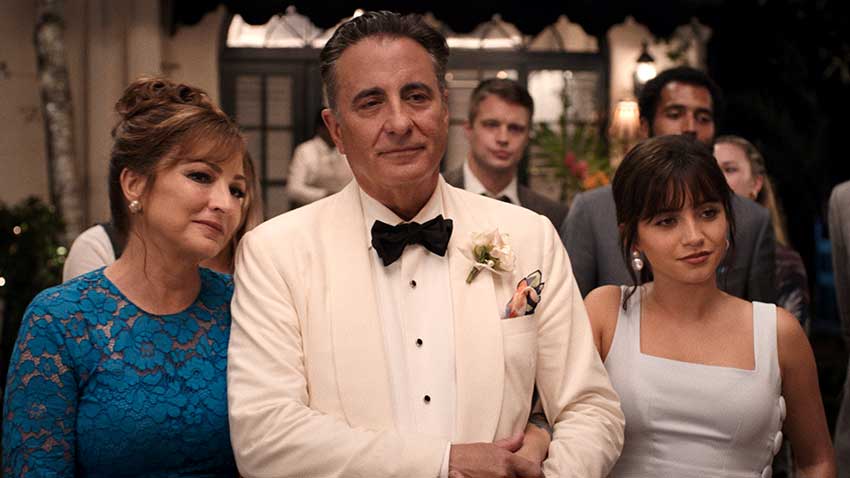 It’s good to see Garcia in the driver's seat once again in a role that suits him. He didn’t try to emulate Steve Martin’s manic demeanor or be funny in the same manner. This FATHER OF THE BRIDE has a harder shell that needs to be cracked, and his journey getting there is a pleasure to watch.

The supporting players each bring their A-game with Merced, Arjona, and Bonetta becoming familiar faces in mainstream fare. Chloe Fineman eventually grows on you as the over-the-top wedding planner. The first impression is the actress is attempting to emulate Martin Short’s flamboyant character in the Steve Martin film but she eventually makes it her own.

The reboot feels very authentic and organic thanks to Mexican director Gary Alazrakii, a Latino writer and to the very outspoken executive producer Andy Garcia. The behind-the-scenes personnel no doubt helped shape the reboot into something unique and positive for the U.S. Latino community.

FATHER OF THE BRIDE is an enjoyable watch, and something the entire family can view from the comfort of their own homes. The movie is now streaming on HBO Max.