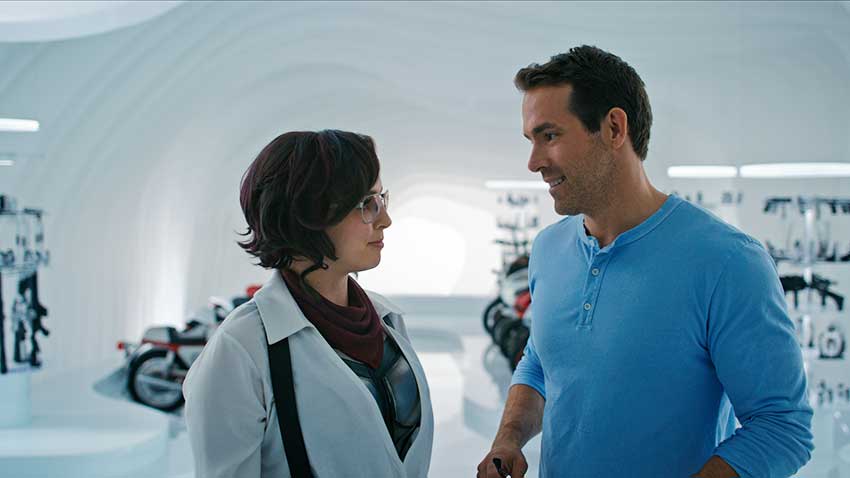 Ryan Reynolds and FREE GUY is just what the doctor ordered in these dark times. However, FREE GUY should come with a warning label. "Please wear your mask at all times in FREE GUY" because the whole audience will be laughing their a**es off. The Ryan Reynolds flick will have you smiling from start to finish with its good-natured humor.

Reynolds plays Guy, a bank teller who has no clue he's a background player in an open-world video game until he dons the special glasses needed to see the virtual world around him. He decides he no longer wants to be an average guy and becomes a hero in his own story to impress a female player (Jodie Comer).

FREE GUY is a bit of THE TRUMAN SHOW and READY PLAYER ONE. Like Jim Carrey's Truman, Guy has a catchphrase, "It’s not a good day, it’s a great day." Truman's line "In case I don't see ya, good afternoon, good evening and goodnight," is very similar in tone. The two characters are also similar in their fish-out-of-water experience as they discover a new world. FREE GUY, however, takes you down the feel-good route, unlike Carrey's film.

Like READY PLAYER ONE, FREE GUY contains tons of Easter Eggs but it's more grounded in the video game realm as opposed to film and television IPs.  Although there are some surprises later on in the movie that will make viewers giddy.

While there are some similarities to other movies, FREE GUY feels unique in its good-natured humor. That's something sorely missing right now in the world, and FREE GUY is the antidote to all the negativity that surrounds us.

The entire cast stands out in their roles. Reynolds is a comedic genius who can straddle sardonic humor as Deadpool and go polar opposite as a sweet-natured and innocent bystander. Guy has great chemistry with Jodie Comer's Molotov girl. Comer in her dual roles projects two very distinct characters. As Molotov girl, she's tough as nails but in the real world as Millie, she's a fighter with vulnerabilities absent in her gaming personality.  She played the contrast brilliantly.

Stranger Things' Joe Keery is a star in the making. As Keys, the programmer enters Guy's world as a mustache-wearing cop and he's a riot. Later in the film, he brings heart to his character. Taika Waititi plays it over the top, almost cartoonish as the childish bully but it fits the vibe of the movie. Lil Rel as usual brings his charismatic skills as Guy's best friend. 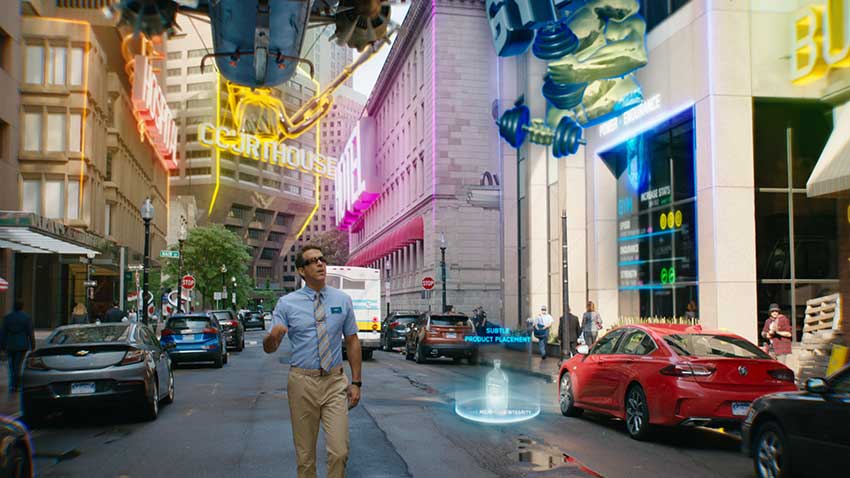 Director Shawn Levy was the right filmmaker to bring this world of FREE GUY to life. The director behind REEL STEAL, the NIGHT OF THE MUSEUM trilogy and Stranger Things is adept at world-building and visual effects. The VFX is flawless, and the action sequences are a blast and fitting for a virtual world. For gamers, FREE GUY will be orgasmic.

While most films fall apart by Act 3, FREE GUY only gets better as the movie progresses. The movie is littered with surprises that keep viewers on their toes, and by the last act, there are some cameos that will make your head explode.

Let's hope viewers keep their masks on for the entire time in the movie theater because audiences will be roaring with laughter, and hopefully spreading joy and nothing else.