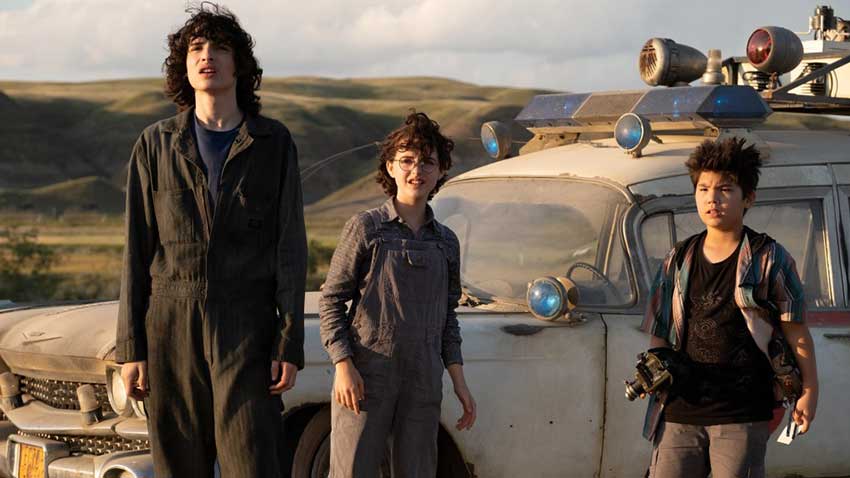 GHOSTBUSTERS: AFTERLIFE pays fan service but also introduces all-new elements that make it worthy of being part of the franchise with McKenna Grace bringing the heart and soul to the movie. GHOSTBUSTERS: AFTERLIFE should require a warning label ahead of this feature. Prepared to feel all sorts of emotions when you leave the theater so bring tissues.

A broke single mom and her two teens move to their grandfather's house in a small town and the kids begin to discover their connection to the original Ghostbusters.

Jason Reitman, son of iconic director Ivan Reitman takes over the reins from his father and understands the assignment. Although he didn't have much homework given he was raised on the sets and Reitman senior was right by his side throughout the production.

GHOSTBUSTERS: AFTERLIFE is truly an heir to the original movies with a follow-up story set outside a metropolitan city like NYC with brand new characters played by Finn Wolfhard (“Stranger Things”), Paul Rudd, Carrie Coon and McKenna Grace. The old gang is supposed to return minus Harold Ramis' Egon who is sadly no longer with us. The remaining legacy actors Bill Murray, Dan Akroyd, Ernie Hudson, Sigourney Weaver and Annie Potts return and as we predicted - only in cameo form.

Unlike the 2016 all-female GHOSTBUSTERS, AFTERLIFE incorporates the legacy of the three original movies while keeping it fresh with the introduction of new characters who happen to be related to an original Ghostbuster. While I enjoyed the ladies in the previous incarnation, it was a bit insulting to not acknowledge the original crew and give them roles as random, inconsequential characters.

Many fans will be disappointed the legacy players have minor roles in the new GHOSTBUSTERS, but the spirit of the original is alive through McKenna Grace's heartfelt performance. As Phoebe, the awkward yet highly intelligent character has Egon's qualities. She's the glue that holds the movie together and picks up the mantle effectively with upgraded ghost-busting tools.

Finn Wolfhard makes less of an impact with not much of a character arc for Trevor. His character is just going along with the beats.

Paul Rudd's high school teacher Mr. Greeoberson is the fanboy of the group and represents those in the audience who grew up watching the Ghostbusters movies. He brings his usual charm and goofiness that makes the actor so lovable.

Harold Ramis may be gone among the living, but his presence is felt throughout the movie which may bring you to tears a few times especially at the end. Reitman's dedication to Ramis was emotional and heartbreaking so bring that tissue box because you'll be needing it.

Stick around for the two post credits after wiping away those tears of joy and sadness. The post credit scenes suggest another movie is in the works with one of the original Ghostbusters having a larger role.