'Godzilla vs Kong' Movie Review: One Titan is Clear Winner 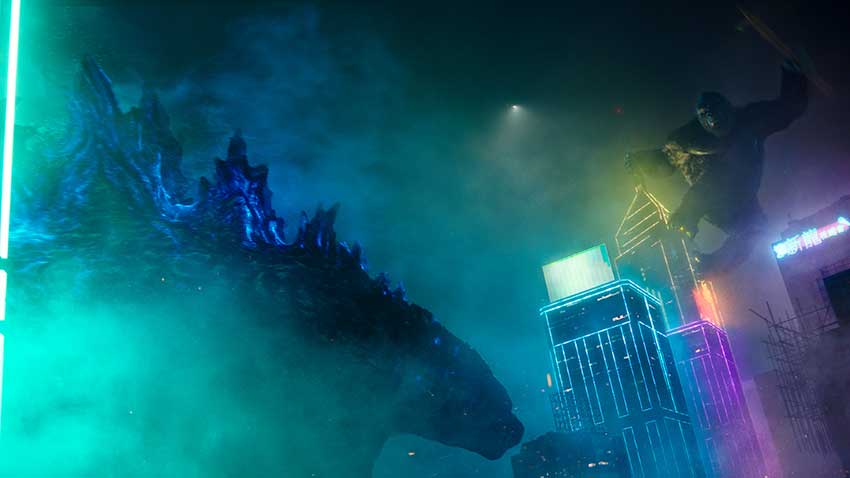 Team Kong wins this round in GODZILLA VS KONG. King Kong is the heart of the monster movie while Godzilla guest stars. GODZILLA VS KONG may satisfy some fans while turn off others on Team Godzilla. Most of the human characters lack any depth except for the little scene-stealer Kaylee Hottle.

Directed Adam Wingard, Godzilla misbehaves in the latest outing for the Titans. Kong is taken from his home to deal with the giant lizard. Once Kong is off the island, he’s a target for Godzilla.

Godzilla and King Kong face off in GODZILLA VS KONG, but only one team will come out the winner in terms of screen time. Godzilla makes the occasional appearance with Kong’s story being the primary focus of the film.

Kong and his little friend Jia (Hottle) whose deaf, have a special bond that transcends the screen. Their relationship is endearing and sweet. How can you not be Team Kong after watching this duo? Even as a Godzilla fan, you can’t help but fall in love with the big ape. This is the glue that holds the film together because the other characters are one-dimensional.

Another issue with the creature feature are the monster mashups. After the epic kaiju face offs in GODZILLA: KING OF THE MONSTERS, the fights in the latest movie fall short on intensity. The sound design is uneven. The score drowns out the monster roars and destruction. The musical choices are out of place as well.

Godzilla fans may not be satisfied with GODZILLA VS KONG but Kong may win them over much like it did this person.

GODZILLA VS KONG is in movie theaters March 31, and on HBO Max for 30 days.