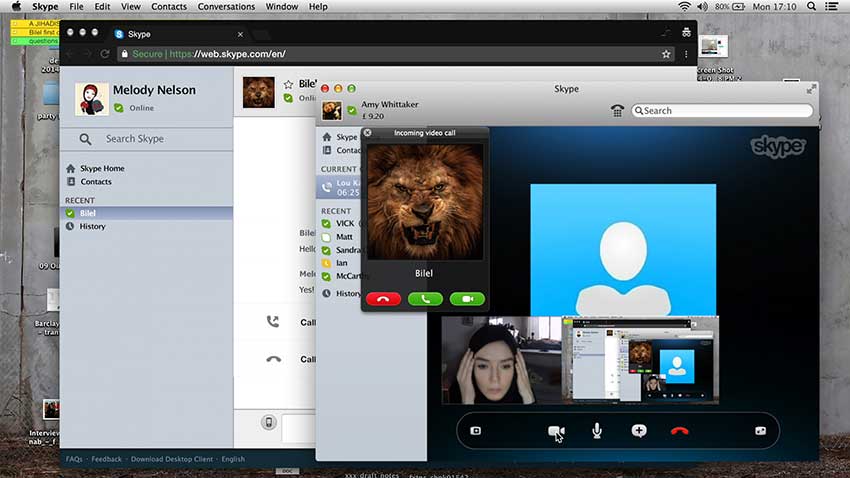 All the action for Timur Bekmambetov's PROFILE relies solely on the interactions of two characters Skyping on a computer screen. The claustrophobic nature of the cat and mouse thriller adds to the intensity of the story, and seems even more fitting during the pandemic which has only heightened the use of the online medium to connect with friends, family and strangers.

Based on the true story, an English investigative journalist (Valene Kane) creates a fake social media profile to lure a militant group recruiter and expose their methods in recruiting young European woman. Their methods are so convincing, Melody posing as Amy begins to fall for the charm and proclamations of love by an attractive Isis militant (Shazad Latif, Star Trek: Discovery).

Bekmambetov adapted the story from the book "In the Skin of Jihadist" written by the French reporter who went undercover to expose the online recruitment practices by terrorist groups which put her life in danger when she ended up on the jihadist's most wanted kill list.

The Kazakh-Russian filmmaker has has delivered high flying action with WANTED and THE NIGHT WATCH trilogy. In PROFILE, the filmmaker's sets are confined within the computer's frame. Producer/director Bekmambetov first experimented with storytelling through the small screen with UNFOLLOWED (2018) which he produced under his production banner, Screenlife. The French journalist's riveting story proved too juicy to pass up for Bekmambetov to direct.

The action unfolds via Facebook messages and progresses to Skyping with "Amy's" new friend Abu (Latif), an English-born Isis fighter based in Syria. While she's interacting with Abu, her fiancé, best friend and editor are text messaging and video conferencing her as she descends into full on obsession with the man. 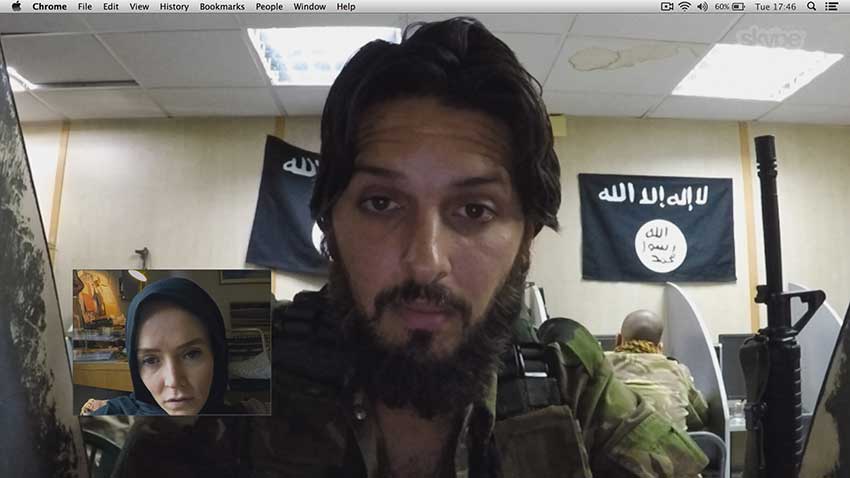 At first, the constant interruptions with incoming text and video messages during her interactions with Abu are annoying because of the single setting. However that feeling turns into heightened tension and stress when the fear of being exposed becomes more likely as Amy becomes enamored with the man, hence she becomes sloppy.

I never wanted a movie to end so badly because of the stress level PROFILE caused. Who knew a single setting could cause so much tension?

Valene Kane and Shazad Latif deliver a very compelling on screen relationship. Actor Latif is easy on the eyes and the audience is right there with "Amy" in falling for the militant. Kane is also impressive in her multi-tasking abilities as she was tasked in delivering the performance while managing the lighting and framing in every scene. There's no coverage so her interactions had to be spot on, and she does it beautifully.

PROFILE was shot before the COVID-19 pandemic, but the story seems even more relevant today because the entire world spent twice as much time online than ever before. PROFILE reminds you that the world wide web can be a dangerous place.